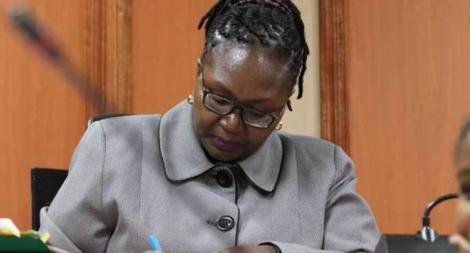 
Kenyan gender activists have hailed a court verdict that being a housewife must be considered as a full- time job.

The High Court has offered an in-depth explanation on factors to consider while presiding over matrimonial property disputes and declared that housewives should be paid.

Justice Teresiah Matheka, while presiding over a similar case, stated that it is unfair for courts to rule that housewives did not contribute anything to the financial progress of the family.

The Judge noted that being a housewife is a full-time job that should be payable.

According to the Judge, housewives should not say they don’t work since they provide services in the home that are otherwise outsourced and paid for.

Justice Matheka remarked that is it is unfair to only rely on seen income and the mind-set that one has to contribute money to the marriage to find value.

“Raising children is a full-time job that families pay a person to do. Cooking and cleaning as well. Hence, for a woman in employment who has to balance childbearing and rearing this contribution must be considered,” the Judge stated.

She further stated that in a case where parties have separated and one is taking care of the minors, he or she should get a sizable sum of the matrimonial property.

Like it? Share it!
Ghana: Woman arrested for allegedly faking pregnancy and kidnapping < Previous
#Malawi’s Covid-19 Update, September 25, 2021: 22 new cases, 3 deaths Next >
Recommended stories you may like:

Nigeria to abolish English as language of teaching in schools