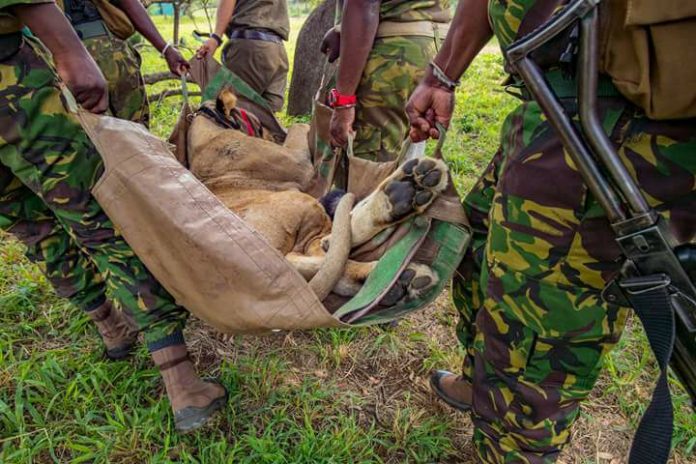 This complete Malawi’s, the ‘warm heart of Africa’ notion of having full set of one of the big five after the lions got a new at Majete Wildlife Reserve and Liwonde National Park.

The lions arrival will to help revive the parks’ predator populations.

Just last week, four of these lions (two males and two females) joined the two male lions who were translocated to Liwonde in February this year.

Lions were last seen in the park over four years ago, and it had been even longer since a breeding population lived in the park. We moved the other two males to Majete Wildlife Reserve to improve the genetic diversity of the current lion population there.

All lions are in secure enclosures (bomas) where they are adjusting to their new environment and bonding, and will be released over the coming weeks and months.

Africa’s wildlife has suffered immensely in recent decades, and the lion population has crashed by more than 40% since 1993. Just 100 years ago, more than 200,000 lions lived in Africa- today, best estimates put them at fewer than 20,000.

“Very simply, if a park is not being managed then it will be lost, we have two options, one is we allow these places to disappear. The other is we make our own plan,” says CEO of African Parks, Peter Fearnhead who was recently quoted by the Washington Post.

Fearnhead adds, “By working closely with the Government of Malawi, the local community as with critical support from the Dutch Government, Lion Recovery Fund and Leonardo DiCaprio Foundation.

“We are making a plan to restore the species to protected areas across Africa for the benefit of future generations”.

Maravi Post Reporterhttps://www.maravipost.com/
Op-Ed Columnists, Opinion contributors and one submissions are posted under this Author. In our By-lines we still give Credit to the right Author. However we stand by all reports posted by Maravi Post Reporter.
RELATED ARTICLES
Environment