You are here: Home » Development » Mali: COVID-19 and conflict lead to rise in child trafficking

Mali: COVID-19 and conflict lead to rise in child trafficking 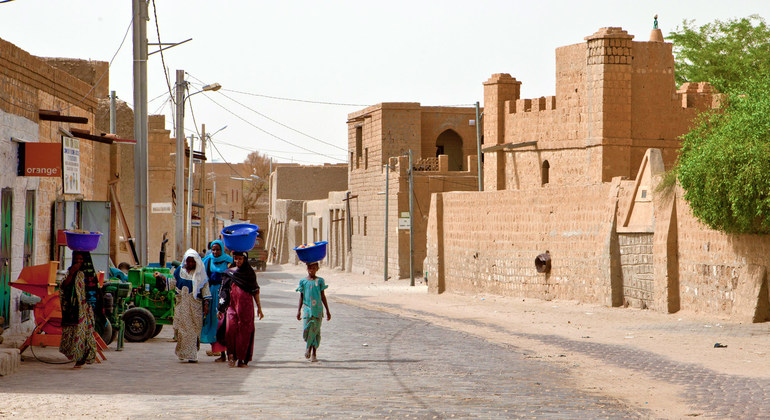 Some 230 cases of child recruitment were reported during the first half of the year, compared with 215 cases for the whole of 2019, according to a UNHCR-backed study.

Armed groups are also trafficking children to work in gold mines, with the profits being used to fuel the arms trade and finance violence, the agency added.

Meanwhile, adults operating in the mines are subjected to extortionate “taxes”.

“As a result of conflict and socio-economic deterioration worsened by the pandemic, we are seeing some of the most egregious human rights violations in the Sahel,” said Gillian Triggs, UNHCR’s Assistant High Commissioner for Protection.

“Children are being forced to fight by armed groups, trafficked, raped, sold, forced into sexual or domestic servitude, or married off. Many more children are at risk in the Sahel, a region which is becoming the fastest-growing humanitarian crisis in the world.”

These youngsters are exposed to the worst forms of child labour, economic exploitation, and physical, sexual and psychological abuse.

Working to pay off bogus ‘debt’

Some children arrived at the mine sites on “credit”, meaning a third party had financed their transport and food, while others said they worked for days without being paid.  They are expected to work for an unspecified time until they pay of their “debt”.

Additionally, UNHCR said reports of communities of women and girls being abducted, sexually assaulted and raped, have been received from the Mopti region in central Mali, with more than 1,000 cases recorded so far this year.

The agency fears child marriage will also inevitably increase in a country where an estimated 53 per cent of girls are married before they turn 18.

The victims of these crimes are Malians, but also refugees, asylum seekers and migrants.

Some of these “people on the move” are trafficked for forced labour in the agriculture sector, while others, particularly women, are trafficked on the way to promised jobs in North Africa, Europe and the Middle East. Others are diverted to the capital, Bamako, or to mining or agricultural areas where they are forced to engage in so-called survival sex.

UNHCR said traffickers and their accomplices range from the echelons of organized crime and outlawed armed groups, tribal chiefs or state authorities, but can even include parents, relatives or community members.

The agency continues to press for greater support for efforts to prevent and respond to trafficking, to protect those at risk, and to provide assistance to victims while also ensuring perpetrators are brought to justice.

However, insufficient funding threatens these efforts, according to a recent report.

Like it? Share it!
Buhari’s Regime And The Conflict Of Loyalty By Adebayo Raphael < Previous
Nigerian-born American Adewale Adeyemo in Biden’s economic team Next >
Latest News From Malawi
Headlines From: The Maravi Post