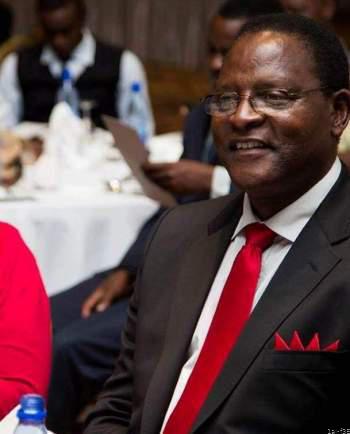 Chakwera says the party will mobilize Malawians to petition the High Court to nullify the elections’ results.

The Embattled MCP leader told the press conference at MCP headquarters in Lilongwe  that the party vows not to let President Peter Mutharika to rule this country in crook way.

Mutharika who was sworn in this Tuesday together with his running mate, Everton Chimulirenji soon after the Malawi electoral body announced their victory is attending the inauguration ceremony today (Friday) at Kamuzu Stadium in Lilongwe.

“My fellow Malawians, I, Lazarus Chakwera, want to reject this year’s Presidential results because it was not credible. I know many of you are also not happy with the way how this elections were conducted.

“However, I want to urge you not to take laws in your own hands as the way to deal with this situation. Let us fight this battle according to the constitution,” said Chakwera.

The MCP leader said he believe the court will handle the case independently and make sure that justice prevail.

Below is Chakwera’s statement:

Today, I want to tell you where I stand between these two choices:

I, Lazarus Chakwera, reject MEC’s fraudulent presidential results, and I join all Malawians in rejecting that MEC’s declaration of Mutharika as the winner represents the will of Malawians who cast their votes.

For this reason, pursuant to Section 114 (1) and (3d) of the Parliamentary and Presidential Elections Act, and having gathered overwhelming evidence of gross violations of the Act, I have started filing a petition to the High Court of Malawi to nullify MEC’s presidential results and declare the presidential elections of May 21, 2019 void.

Initially, I had also considered applying to the court to stop the swearing in ceremony and inauguration. However, I decided that this would not be in the best interest of the country because the protracted absence of a President and Cabinet would disturb the state’s service provision and cause millions of innocent Malawians to suffer.

Still, I am aware that the DPP’s illegal ascension to the presidency has already
started to inflict suffering on innocent Malawians rvants, soldiers, and police officers are being unceremoniously transferred from
urban areas to the remotest rural areas for simply supporting MCP or for coming
from regions where most people voted for MCP. In addition, dozens of young people
in the Central Region have recently been arrested and MCP offices have been
raided and teargassed without provocation by cadets masquerading as police
officers. These are the lawless acts of a mafia state, and it is imperative that we end
this state capture by thieves in order to end these abuses and ensure that those
committing them face the law.

In the meantime, if you know someone who has been unjustly transferred, beaten, or
arrested, please support them. If you yourself witnessed acts of fraud by MEC
officials during the election, please report your testimony to our Head Office for
inclusion in our petition to the High Court. If you served as an election monitor of any
party and have in your possession copies of result sheets, I ask you to make those
available to us so that the truth can be known. If you lead an organization that
wishes to stand up for justice, I urge you to come out in the open and take part in this
case as friends of the court. And if you are angry and heartbroken because your vote
was not counted properly, I call on you, regardless of your party, to join thousands of
us who will march peacefully to the High Court from the day the hearing starts to the
day it is concluded.

This election has laid bare the corruption that has contaminated all our governance
institutions. The corruption done in this election is an indictment on all of us, whether
we are citizens who have allowed it to be done in our name or foreigners who have
watched it happen in our face. We have all colluded to create a society in which
thieving is a rewarding trade, and so all of us must stand up together to fix it NOW.
This is no longer a struggle for MCP to form a government or for me to be President.

So, I look forward to seeing you all at the High Court when the hearing starts, so that Mutharika may see that he is operating illegally and on borrowed time. The peoplewho stole this election for him were expecting that once he gets sworn in and inaugurated, their crimes will be buried, the money they have been paid will be hidden, and we will all give up on reclaiming our stolen rights and votes while wesuffer in silence for another five years. They have even started spreading lies that MCP is now divided, hoping that this will stop us from uniting to claim our country back. But we will now show them that it is they who are mistaken and they who are
about to be scattered.

This is the resolve that unites us: For Malawi to rise, Mutharika must fall.