HomeOpinionNigeria And The 2023 Dilemma, By Ebun-Olu Adegboruwa, SAN
Opinion

Nigeria And The 2023 Dilemma, By Ebun-Olu Adegboruwa, SAN 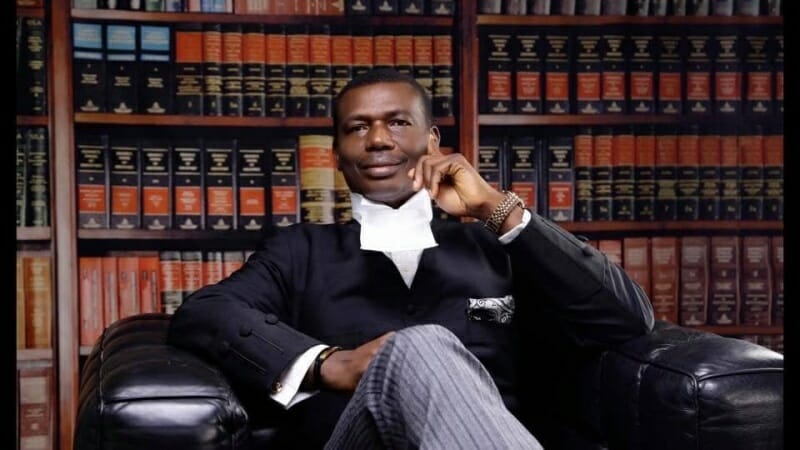 We are officially in the election season. Things are not the way they should be and I am happy that Nigerians know it and they are showing it. What happened in Edo State played itself out again in Osun on Saturday. The woeful performance of the All Progressive Congress cannot but reflect upon its outings during elections. The situation of things in Nigeria is getting tougher and tougher every single day. Inflation is at its highest, there is no electricity supply and the cost of maintaining generators is draining everyone. Companies are shutting down, the universities are under lock and key, insecurity is worse than we have ever known and it takes prayers to travel on our roads. People are losing their jobs and those employed are either not being paid or their take home package is not sufficient to address the soaring inflationary trend.

The galloping exchange rate of the major foreign currencies has continued to hurt the Nigerian economy and the government itself has resorted to borrowing. Everyone is affected one way or the other and this is part of why the ruling APC lost the Osun election. People are tired of stories and propaganda over very serious national issues. Why is the government unable to stand up to the terrorists, the bandits, the kidnappers, the cultists, the armed robbers and the other criminals generally? These are some of the issues that will shape the 2023 general elections.

Senator Bola Ahmed Tinubu, the flagbearer of the ruling APC has always had baggage, even from his stint as the governor of Lagos State, concerning his true age, his origin, his educational qualifications, his health and even his wealth. The expectation was that a man in such troubled waters would walk circumspectly in order not to step upon the landmines of Nigerian politics. But alas, Tinubu decided to dare Nigerians in one of the areas that affect them most. He wanted to revive the Hope 93 scenario of late Chief MKO Abiola, by fielding a Muslim-Muslim ticket in a secular environment like Nigeria. There is no better way to incur the wrath of voters than to arrogantly dare them. Underlying the Muslim-Muslim ticket is the impression unwittingly created that others do not matter. How can a candidate aspiring to be the President of Nigeria not be mindful of the sensitive nature of religion and its role in our national life? Although this is proving to be Tinubu’s albatross, there are other serious issues about his life ambition.

In 2015, Tinubu sold Buhari to Nigerians as the messiah that was needed to turn things around. Tinubu was everyday mouthing fiscal federalism, state police, restructuring and such other empty slogans meant to woo the people to vote for his candidate. Tinubu could not implement these promises thereafter other than to remain in Lagos with the illegal title of national leader of the APC. Tinubu’s choice in 2015 has driven Nigeria to the very brink not ever thought possible. Buhari has divided us more than ever before and he has also pauperized our people beyond tolerance. He is the perfect example of how not to raise a leader. Without apologizing for misleading the people, Tinubu himself has now joined the race to succeed his candidate. The APC itself as an entity has not helped Tinubu and it is most unfortunate. The impression that the APC has given to Nigerians is that the party can win the presidential election without the people. Perhaps that is the reason for the Osun State shocker. No one should be allowed to assert with such unbridled arrogance that there is a hold on power, unless there is a hidden agenda to win elections through other means beyond the open ballot.

It is rather too early for Tinubu to have been caged, captured and hijacked by the APC cabal, the latter which has presented Tinubu as a weakling. Tinubu has suddenly lost his voice since his emergence. It was Governor Abdullahi Ganduje that announced to Nigerians that Tinubu had accepted to pair with a Muslim vice presidential candidate and it took Tinubu a visit to Buhari in Katsina to be able to unveil his choice. The proverb goes that what you would not eat as a rich man you would not bother to even sniff at it as a poor man. If this is the sign of what is to come for the Tinubu presidency, then we should better forget it as we cannot afford another eight years of leadership by proxy. The impression has already been created that Tinubu is not acceptable to the Northern Muslims or else they would not have insisted on one of their own. The APC will do well to discard the toga of being a Muslim party by spreading its major offices to accommodate all interests.

Beyond religion however, there is nothing to cheer in the Tinubu/Shettima ticket. The leading billionaires in the world today have no political relationship with the governments of their countries and they have no contractual arrangement to suck their national treasuries. Once the wealth of anyone is tied to the government, then such a person should not seek to be in control of political power. Let Tinubu retire and continue with his revenue management strategies for the various governments that have been patronizing him. He cannot seek to hold economic and political power all at once. Since Tinubu is already in the race however, it is advisable for him to pick his vice presidential candidate from another faith, in order to balance the equation and give a sense of belonging to others.

The case of the former Vice-President of Nigeria, His Excellency Alhaji Atiku Abubakar is worse than that of Tinubu in a million ways. In Atiku, we are likely to have another government of vengeance. Atiku has been vying for president for a very long time, just like Buhari. Atiku must and will hold some people or institutions responsible for his defeats in the past. The emergence of Atiku as the candidate of the PDP has presented a dilemma that should not be allowed to fester. Whether in or out of power, the North remains the North and thus we cannot ignore the presidency of Buhari to invent the selfish argument that PDP cannot apply the rotation principle because it is in the opposition. This cannot engender national unity and cohesion which Nigeria needs urgently. The desperation for power should not close the eyes to truth, equity and fairness. What story is Atiku seeking to tell the people of Southern Nigeria with his candidature? That they should endure the marginalization for another eight years? And this is why the stand of Governor Nyesom Wike to ignore the PDP is very commendable, even though Wike himself is another story altogether.

Atiku as the Vice-President of General Olusegun Obasanjo (Retd) was in charge of the economy. Under his tenure, Nigeria suffered loss of its national assets, due to the IMF/World Bank-inspired privatization policy. This led to job losses and indeed the pauperization of the masses of our people. What will then happen when Atiku becomes the president? There are also concerns about Atiku’s health, his true origin and his loyalty to Nigeria. Atiku is almost always in Dubai, which has become more like a haven for many political leaders who go there to spend quality time but are unable to replicate good governance and development for the benefit of their country. Unlike Tinubu, Atiku is already showing signs of civilian dictatorship, by jettisoning the decision of the Committee set up by his party to choose his vice presidential candidate. Whereas this should have counted in his favour as a man of his own, the failure of Atiku to consult with those to be affected by his decision is a bad omen for the presidency that he seeks to occupy. Like Tinubu, Atiku is yet to dismantle the toga of corruption hung on him by his former boss and his businesses are also tied to the government.

Sensing the anger, frustration and apathy of Nigerian youths, the political class quickly picked the former governor of Anambra State, His Excellency, Mr. Peter Obi to raise false hopes of a revolutionary change. This has worked to some extent because in Nigeria presently, the youths have come to embrace the leprous transition programme of Buhari and they have been cajoled to join the 2023 bandwagon through Obi. I have always advocated for an end to the marginalization of the South East by the ‘owners’ of Nigeria. So if we say that Obi should be president in order to give the Igbos a sense of belonging, I will gladly accept and support that venture. But to portray Obi as the new face of any transformation agenda for Nigeria, please perish the thought. This was the same way that Buhari was paraded as the messiah for Nigeria in 2015. Buhari even presented a ‘progressive’ manifesto to us with fantastic promises only to turn around to disown it after his election. Obi snatched the ticket of the Labour Party that is meant for the genuine representatives of the working class and he is cashing in on the boiling anger of the youths and other Nigerians to project himself as a friend of the masses when he is indeed part of their problems. Obi has jumped from the All Progressive Grand Alliance which gave him the platform to be governor, to the PDP and now to the Labour Party. With the way Nigeria is presently structured, a million Obis will end up worse than Buhari.

There is an urgent need to restructure Nigeria and if we keep recycling politicians every four years, there will be nothing for the masses except lamentations. The 1999 Constitution of Nigeria is itself the enemy of our development and progress. It is time to discard it and enact a new Constitution that will reflect the will of the people, instead of jumping around with politicians every four years with no mission in focus. That is the 2023 dilemma. Restructuring is the answer, after all.
Life without Christ is Crisis