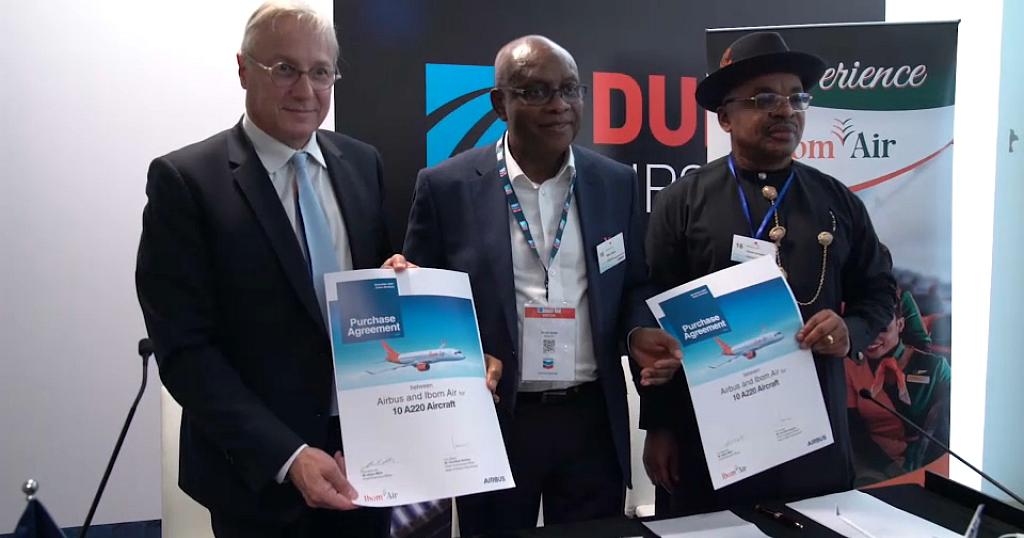 Nigeria’s Ibom Air, a new carrier owned by the oil-rich southeast state of Akwa Ibom has ordered 10 narrow-body A220 jets from Airbus.

This was made known at Airbus’ fourth deal of the Dubai Air Show.

Udom Gabriel Emmanuel, Governor of Akwa Ibom state said the agreement was signed to boost an enduring business strategic relationship between Akwa Ibom state government, Ebom Air and Airbus. “I was just talking to the top management of Airbus that they should see our partnership in a different light. That we are trying to build something which we (inaudible) put the seeds of it in the ground, but that we will also water and tomorrow we’re going to have the forest.”-Udom Gabriel Emmanuel, Governor of Akwa Ibom state

The deal, based on the plane maker’s pre-pandemic price list, is valued at some 810 million US dollars, though large aircraft purchases are typically deeply discounted.

“What we’re doing today with these additional aircrafts, we hope to expand our dominance of the aviation industry in Nigeria and commence operations to the rest of Africa” said Udom Gabriel Emmaneul, Governor of Akwa Ibom state at a joint news conference with Mfom Udom, the chief executive officer of Ibom Air, and Christian Scherer, Airbus’s chief commercial officer.

Executives declined to say how much they were paying for the planes.

The trade show typically pits France-based Airbus and its American rival Boeing, the two manufacturers at the top of the supply chain, against each other in the crucial Mideast market filled with long-haul carriers connecting East and West.

Boeing has yet to make a major order announcement at the show. 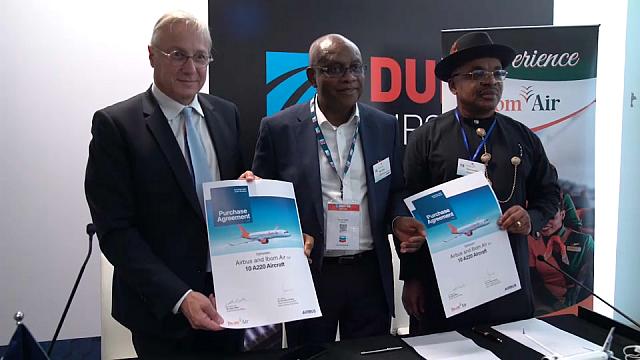