HomeOpinionNigeria: Insecurity Will Begin To End Via The Constitutional Force Majeure By...
Opinion

Nigeria: Insecurity Will Begin To End Via The Constitutional Force Majeure By Ndidi Uwechue 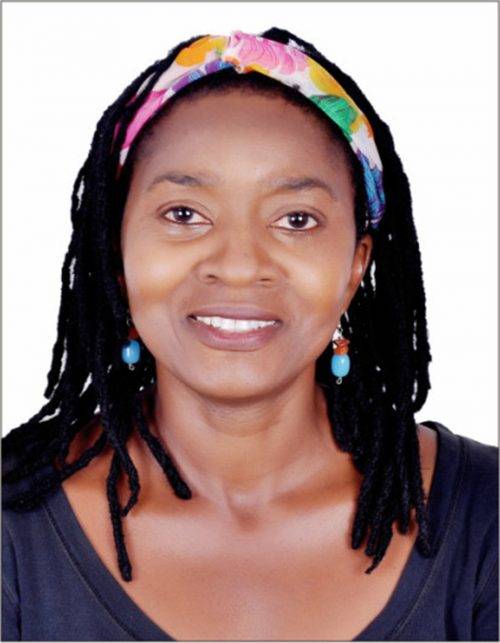 The day after Nigeria became a Disputed Project with the proclamation of a Constitutional Force Majeure (more on this later), the influential USA House of Representatives non-partisan Tom Lantos Human Rights Commission held an important hearing on “Conflict and Killings in Nigeria’s Middle Belt”. The hearing lasted for nearly four hours and a recording is available on the internet. The list of witnesses to this hearing is quite impressive and included R.H. Baroness Cox, UK Member of Parliament and Co-Chair, All-Party Parliamentary Group for Freedom of Religion and Thought, Ms Annigje (Ann) Buwalda, Executive Director, Jubilee Campaign USA, plus H.E. William Avenya, Bishop of Gboko, Nigeria. The long and short of it is that this hearing provided evidence that Nigeria has very severe security and human rights challenges, has no effective civilian security, no effective police protection, and terrorists appear to enjoy freedom of movement. All this meaning that organised criminals are terrorising Nigerians across the country.

The Tom Lantos Human Rights Commission hearing in far away USA brings to the fore that foreign people in foreign lands are highly concerned about the killings, terrorism, human rights abuses and lack of civil liberties in Nigeria. Just days before this hearing, Nigeria, under the duo of retired Major-General Muhammadu Buhari and Professor of Law and Pastor Yemi Osinbajo, was designated a Country of Particular Concern by the US Department of State, plus is under investigation by the International Criminal Court for Crimes Against Humanity and War Crimes. The various witnesses to the hearing pointed to the ethnic cleansing against indigenous peoples of the Middle Belt, mainly Christians, but also moderate Moslems, by Fulani herdsmen militia/terrorists. What was also clear from this hearing is that mounting evidence points to an actual genocide unfolding in the Middle Belt, and apart from this hearing, current events in Nigeria show that this slaughter and land grabbing is spreading down to the south. In fact, in the presentation made by Baroness Cox, she provided a slide with information that as at May 2020, 350 Igbo villages had become occupied by Fulani herders and Shuwa Arab mercenaries. The slide also stated that Boko Haram has killed 43,000 people and Islamist Fulani had killed 19,000.

Of course, there will be the usual denials from the usual quarters. Some will continue to insist that the carnage in the Middle Belt is just a “farmer-Fulani herdsman clash”. This explanation essentially wants us to believe that Fulani herdsmen trespass unto active farms because they have no other choice, and is done because climate change has affected the Fulani herdsman’s own grazing lands. However, climate change is affecting the whole world, including the farmer’s land and his crops, so it is not just the Fulani herdsman that is affected. Therefore, many have debunked the “farmer-Fulani herdsman clash” narrative and believe that Fulani herdsmen are carrying out a systematic massacre of indigenous ethnic peoples for the purpose of resettling themselves via land grabbing in Nigeria, a territory that hosted the Fulani, a settler and immigrant people.

Finally, the Tom Lantos Human Rights Commission hearing came to the conclusion that the Nigerian government was not providing security for Nigerians. Here is a sample of what was said: “…Jubilee Campaign submits for the record our detailed Brief that we provided to the International Criminal court and in which we argue that genocide has taken place in the Middle Belt of Nigeria. It is our finding that Boko Haram and Fulani militants are committing acts of genocide. Fulani militants pose a mortal threat to the predominantly Christian farming tribes in the Middle Belt and surrounding states, but the Nigerian government is failing both to protect the victims of Fulani militant violence and to bring the perpetrators to justice according to its duty. As a member of the Genocide Convention, it is time for the United States to place pressure on Nigeria to end the impunity and offer security to the victims in communities in Nigeria vulnerable to Fulani militant attacks and violence…”

This hearing confirms what Nigerians know through experience. It is that Nigeria is a terrifying place. The ruling elite who should address the insecurity, choose rather to deal with it by sending their own children abroad mainly to Western countries to enjoy the safety and peace there. Plus now Dubai has also become a place of refuge, with reports that spouses of the ruling class have decided to partake of the carefree lifestyle there, rather than be in Nigeria. It is under such an atmosphere of insecurity and non-responsive governance, so wanting to bring some order to the country, that the Nigerian Indigenous Nationalities Alliance for Self-Determination (NINAS) declared a Constitutional Force Majeure on 16th December 2020 to Decommission the illegitimate 1999 Constitution. From that day, Nigeria became a Disputed Project because the Constitutional Force Majeure is over a Sovereignty Dispute occasioned by issues with the imposed 1999 Constitution. Previously, in September 2019, UN Special Rapporteur for Extrajudicial and Arbitrary Executions, Agnes Callamard had described Nigeria as “an injustice pressure cooker” that “gives rise to extreme concern” and “warning signs are flashing bright red”. Experts have clearly shown that it is the imposed 1999 Constitution, a forgery, that creates injustice, enables insecurity, and facilitates corruption.  Given what the 1999 Constitution has brought upon Nigerians, it was repudiated by NINAS in the Constitutional Force Majeure undertaking.

Nigerians have been brutalised, plus deliberately kept mis-educated and uneducated. This is because those who managed to sneak in, and impose a sham 1999 Constitution upon Nigerians, need an environment of ignorance and fear to preserve this conscienceless deceit upon the people. The custodians of the Constitutional Force Majeure strategy are Movement for New Nigeria (MNN) an Alliance of self-determination organisations that comprises of Lower Niger Congress (South East and South South bloc), Ìlànà ?m? Oòduà (South West bloc), and Middle Belt Congress (Middle Belt bloc). Through this Constitutional Force Majeure process, MNN has begun to re-educate Nigerians to see that they deserve to enjoy security, human rights and civil liberties within Nigeria, and do not need to flee abroad in order to get them. Nigerians, especially the youth are now seeing that they are the Owners, and that elected officials are the hired Managers, employed by the Owners via elections to bring about good for the society.

Nigeria, being now a Disputed Project, the Constitutional Force Majeure, is that pathway through which NINAS, ie the indigenous peoples, have set themselves the task of bringing order and security to their ancestral lands through an ORDERLY PROCESS. It will be achieved because there is a new determination that a situation as described by Agnes Callamard, UN Special Rapporteur, where “…increased criminality and spreading insecurity; widespread failure by the Federal authorities to investigate and hold perpetrators to account, even for mass killing…” can no longer be the norm.

NOTE: The full text of the Constitutional Force Majeure can be found at www.freedomfromnigeria.com