You are here: Home » Opinion » OsunDecide2022: The Grown Baby of Adeleke and the Osun’s Dilemma By Oluwaseyi Oyetunbi

OsunDecide2022: The Grown Baby of Adeleke and the Osun’s Dilemma By Oluwaseyi Oyetunbi

The name Adeleke is a household name in Osun State. No doubt, the family is the most influential and arguably the weathliest in the state; with a sterling record of commitment to multiple charity projects across the four cardinal points of Nigeria. People who barely know the family often attribute its influence to David Adeleke, popularly known as Davido, the popular afropop singer, who is just one of the many grand children of the second republic senator, late Chief Raji Ayoola Adeleke. However, it’s not completely wrong to say Davido added some flames to the name, the name Adeleke has stood out long before Davido’s father, Deji Adeleke got married to Veronica Adeleke, his mother.
Adeleke is not just a name you hear and not look back to wonder if it is your time to be fortunate, even the rich want to be associated with them for reasons known to thousands of their beneficiaries and people who have witnessed the family kind gesture. The family is one of the few families Osun prides herself with. 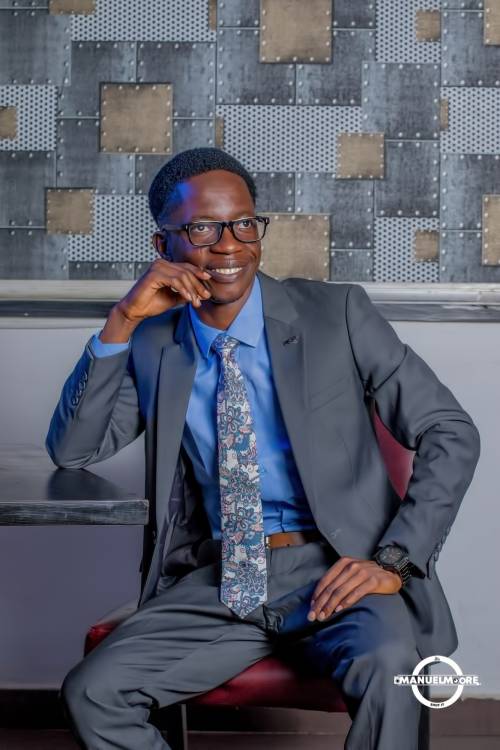 Unlike Dr. Deji Adeleke who has for the past four decades been known across Africa to be a business mogul, little or nothing was known about Ademola Nurudeen Adeleke until the death of his eldest brother, Sen. Isiaka Adeleke who was a former governor of Osun State in 2017. The death of Sen. Isiaka Adeleke brought the entire state to a standstill, for some moments. He was more than just an ex-governor, he was the heir of the late Chief Ayoola Raji Adeleke. And before our lips could mutter ABC, the America returnee, Ademola Nurudeen Adeleke converted the sympathy that trailed the death of their brother to electoral value. He contested and came out victorious, he was voted in, to the red chamber. But like the saying goes: lies can get you the job, but it won’t get it done.
Adeleke was a senator between 2017 to 2019, and all he was known for was dancing. Dancing is a hobby, everyone has at least one. But Ademola Adeleke’s incessant unnecessary attempt to trivialize critical issues earned him the appellation “Dancing Senator” that still did not bother him.
The Dancing Senator, Sen. Ademola Nurudeen Adeleke who is currently the flag bearer of the PDP in the Osun gubernatorial election is so vague that the only thing an average indigene of Osun knows about him, aside being a family member of Adeleke is that he dances. No known career path, skills set, former place of work, his business, academic profile or at least things he spent his early life doing before politics. His message for the Osun people has always been about the family owned wealth.
As an indigene of Osun State and a top fan of Davido, I have huge respect for the Adeleke family so much that if this was not an issue of great importance, may be, sentiment would have worked against my mind.
For a fact, evident enough, Adeleke family is disrespecting the good people of Osun by robbing the candidacy of a man like Sen. Ademola Nurudeen Adeleke on the faces of over 5million population. Ademola Adeleke is that grown baby the family has; little wonder, he still receives allowance for upkeep, his life is still being managed or mismanaged by his brother, Deji Adeleke and his sister, Chief (Mrs) Modupeola Adeleke-Sanni. Yet, he’s being pushed, guarded, padded, paddled, propelled, wheeled, tossed to govern Osun State, a State already left in comatose by the APC government. We honestly need to ask the Adeleke family, what our crime is, to deserve this humiliation. And now, out of frustration experienced by Osun people due to the misrule of the APC government, Adeleke is appearing as though an ugly bride with a cosmetics of so much sophistry.
“Money does it all” dictum is on the verge of materializing in Osun 2022 election which is less than 14days away. Ademola Nurudeen Adeleke has brought dollars and pounds to buy votes. Osun is on the table of negotiation, Sen. Ademola Adeleke has challenged his counterparts in the race to become the next governor to a fight of who has the fattest wallet, in a battle where who with the superior idea should be what matters. They’re 15 candidates in the race, if the people of Osun don’t look beyond Adeleke as a substitute for Oyetola, it would be the greatest undoing of the Osun people.
His Excellency Isiaka Oyetola may have failed, but facts have it that the entire life of Sen. Ademola Nurudeen Adeleke is a failure. From inconsistency in his academic record to a very funny, unclear career path. Sen. Ademola Nurudeen Adeleke oozes unadulterated mediocrity from the pit of emptiness.
Osun should not make the costly mistake of electing Sen. Ademola Nurudeen Adeleke , the State should rather recommend him to his family members  for an employment, to help him kickstart a career that will afford him the opportunity to learn on job, and not learn with our dear Osun State.