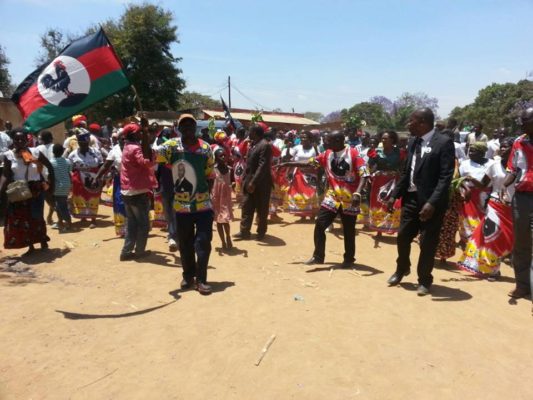 It appears MCP President is slowly becoming a darling of the people in the Northern region. Accompanied by Speaker of Parliament Richard Msowoya, AFORD President Enock Chihana and PP Vice President and firebrand politician Kamlepo Kaluwa; the locals were all in jubilation chanting Chakwera, Chakwera Chakwera when the MCP leader was arriving to take his seat during the function on Saturday.

Political pundits predict that the Northern region will be the king maker during the 2019 elections and it appears that the northern region may sympathize MCP and with the the inroads the party is making in the lower shire in the populous Southern region; one can only predict a stiff competition in 2019.
The Maravi Post has over one billion views since its inception in December of 2009. Viewed in over 100 countries Follow US: Twitter @maravipost Facebook Page : maravipost Instagram: maravipost