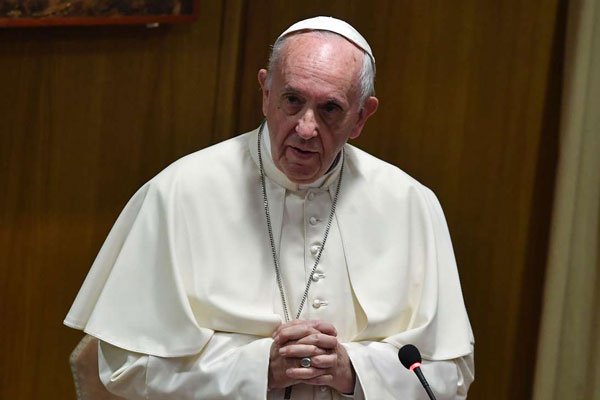 The head of the Roman Catholic Church, Pope Francis will be visiting the Democratic Republic of Congo and South Sudan in July this year.

In a statement from the Holy See Press Office, the Pope is to embark on what is called an Apostolic Journey to these two African countries.

In DR Congo, the Pope will visit Kinshasa and Goma, and in South Sudan he will be visiting the capital, Juba.

“At the invitation of their respective Heads of State and Bishops, His Holiness Pope Francis will make an Apostolic Journey to the Democratic Republic of Congo from 2 to 5 July 2022, visiting the cities of Kinshasa and Goma and to South Sudan from 5 to 7 July, visiting Juba,” the statement said.

The Holy See Press Office further revealed that “The programme and further details of the journey will be announced in due course.”

Pope Francis visited Mozambique in 2019 where he urged citizens there to nurture peace to make it last.

The pontiff spent time there with warring factions where a peace accord was signed to formally end years of civil war.

The Pope said to a gathering that “Peace must be the norm and reconciliation the best way to face the country’s difficulties,”.

Peace was like “a delicate flower”, according to the Pope who said it has struggled to blossom on “the stony ground of violence”.

Pope Francis calls for prayers for Ethiopia amid Tigray crisis

Like it? Share it!
Malawi Govt out of slumber amid foreign traders invasion on local gold mines < Previous
Malawi: Nearly 3 million children to get polio shot Next >
Latest News From Malawi
Headlines From: The Maravi Post