Sundays with Cedrick: THE CHAKWERA PARADOX 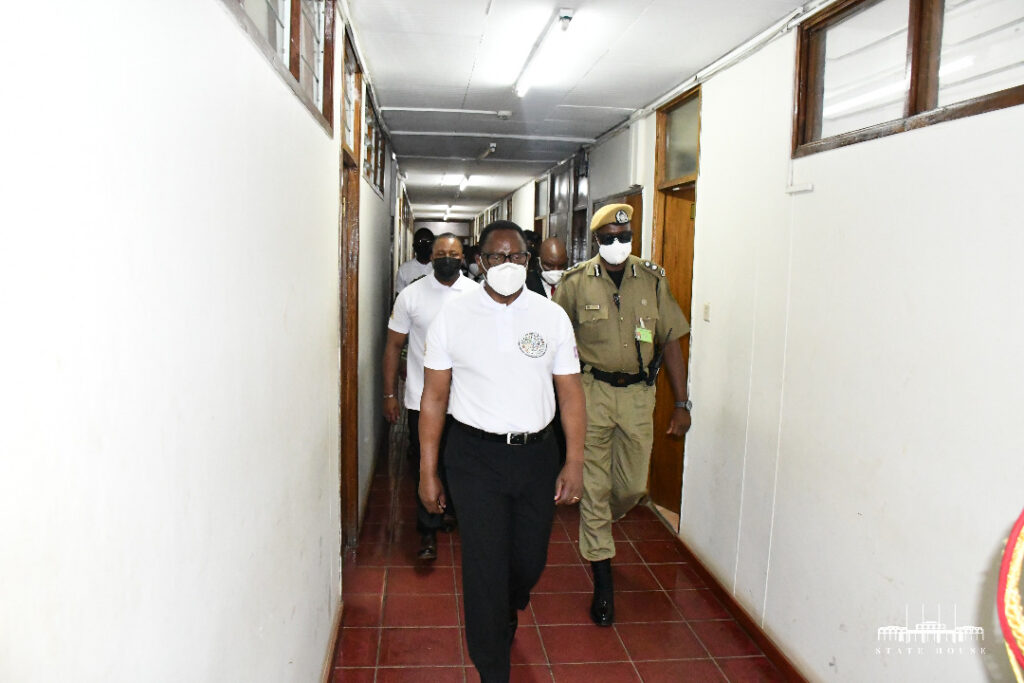 Here is a small lesson in Malawi Government affairs. There is an office called Department of Human Resource Management and Development (DHRMD).  It is responsible for HR functions of the civil service such as recruitment, training, and promotions. You can think of DHRMD as the HR manager of the Civil Servants.

The DHRMD does not pay salaries. It, however, provides data concerning civil servants and their salaries to the Accountant General’s office, which in turn, is responsible for payment of salaries of civil servants.

A couple of days ago President Chakwera, on his way from a road ground-breaking function, decided to go to DHRMD to inquire why civil servants are not being paid on time or at all. He was accompanied by Mr  Zangazanga Chikhosi the SPC,  and Dr Saulosi Chilima, State Vice President who is also minister for Public Sector Reforms.

We do not exactly know why the three gentlemen decided to make this impromptu visit specifically on the way from the other function. Perhaps they had just been made aware of the problem; perhaps they were feeling good in their white polo shirts and wanted to take a jolly ride across town; perhaps it is because the Chairman of the Roads Authority Board had just talked about how useless IFIMIS appears to be.  What we know for sure is that the president claimed that he did not know why civil servants have not been paid.

So, he went to DHRMD and, according to Nyasa Times, he quizzed the controlling officer “on the chronic delays [of salaries] and openly expressed his great displeasure at the delays”.

Reminds one of the former President Idi Amin of Uganda who once went to the Reserve Bank of Uganda to demand answers as to why he could not get money for his pet projects. At least Amin had a solution ready. He directed the bank to print more money. Chakwera, on the other hand and in true fashion, just demanded a report.

Did the president really not know what the problems at DHRMD are? As pointed out earlier, he himself and the SPC (who accompanied him) are directly responsible for the affairs in that office. Because of this responsibility, any time the government expects to fail to pay civil servants on time, the president and the SPC would/should know at least 10 days before payday.

So, why did the president and SPC go to DHRMD pretending they do not know the problems there?

What this trip to DHRMD and other recent events tell us is that the government has now resorted to fooling Malawians. In this case, they wanted to create an illusion of a ‘listening president’. After failing to deliver on their promises, they have now started different tactics to create illusions of progress.  The overall strategy is to declare victory where none exists. In fact, as you might have noticed, one of their recent favorite claims is   that the economy is booming or is just about to boom! If you look across the social platforms, you see claims of impending rampant development and booming economy.

One day, several years ago, I was listening to President Bakili Muluzi on the radio. He talked of how his government had reduced inflation and how the economy was doing better. I asked my brother, who is a chartered accountant, whether what the president was saying was true or not.

His answer was insightful. “When the economy gets better”, he said, “you will know when you go to the PTC [supermarkets]”.

I have never forgotten that answer.

I hope 3 years from now, when the question is asked “Are you better off today than you were in 2019?”, Malawians will remember this wise answer.

Cedrick Ngalandehttps://www.maravipost.com/
I am a strategic engineering executive with the technical breadth necessary to oversee all functions within the engineering team, with proven success in mentoring highly talented and successful engineers who aspire to perform with accountability for achieving their personal best while also meeting or exceeding company goals. I have always represented the company to the highest standards regarding engineering strategy, performance and outlook. My strong background in aerospace engineering, computer programming, stochastic processes and engineering probability is a result of my expertise in space environments with specialties in direct simulations Monte Carlo (DSMC) and computational fluid dynamics (CFD), predictive science, investment and financial engineering. As an effective leader, I also bring a business focus in areas including corporate strategy, project analytics, materials planning, production and procurement. This business acumen is combined with my demonstrated technical tactical leadership. My key strengths include: - Engineering Management - Leadership / Mentor / Team Development - Quantitative / Qualitative Methods - Financial Engineering - DSMC / CFD - Numeric Modeling - Investment Analysis - SAP /ERP
RELATED ARTICLES
Agriculture