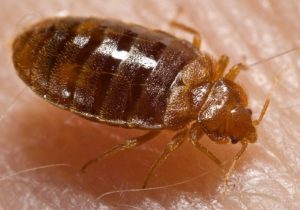 KARONGA (Maravi Post)—Bedbugs which are suspected to be unnatural are causing havoc in
Karonga district Maravi Post can reveal. According to the community, most of the affected villages are those surrounding the district town which includes Malemia.The bedbugs which started some months ago after the rain season are believed to be resistant to chemicals.

Masauko Kayira told this reporter that the development is making some tenants to shift house to house in order to find peace.

“It like a pandemic now, most of the houses have been affected by bedbugs here in the town. It’s a couple of months now but we are failing to deal with it despite spraying chemicals,” said Kayira.

“The failure to deal with the bedbugs has brought suspicion among the community that the
bedbugs are from satanic,” he added.

However, some quarters suspected that the development is due to weather that the district is facing after the floods.

Meanwhile, the communities are frantically pleading with authorities to spray chemicals as bedbugs are now a menace in most houses.

Health officials in the district are yet to issue a comment on the matter but Maravi Post understands that the chemical spraying exercise in some place is being carried out.

Like it? Share it!
Malawi court in Mwanza slaps boy to six years in jail for stealing bags of maize & pigeon peas < Previous
How can ‘mafia’ Minister George Chaponda be Malawi President in 2019? Next >
Recommended stories you may like: