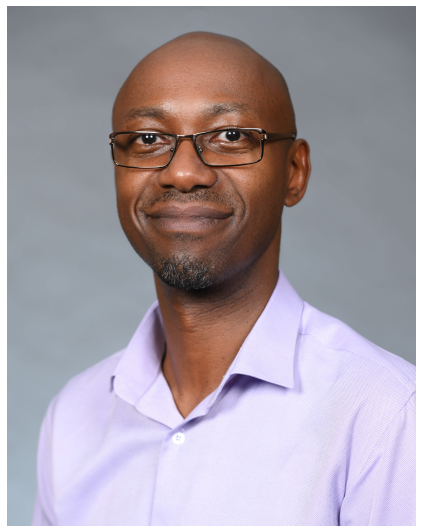 JOHANNESBURG, South Africa, 24th February 2022 -/African Media Agency(AMA)/- Africa and Asia are the home of mobile money, where the shift to digital wallets is in full swing in countries with high smartphone penetration. A recent report points out the extent to which African and Asian consumers are embracing digital payments.

This is the finding of a white paper published by TerraPay with IBS, showcasing the trends and insights specific to the African and Asian regions. The report discusses how Africa is the “enduring epicenter of mobile money”, in 2020 the continent added more than 60 million registered accounts alone vis à vis one billion accounts that were registered globally. This was driven by solid growth in West Africa (21 million new accounts), Central Africa (six million) and East Africa (22 million).

t discusses the rise of digital wallets and how mobile wallets have successfully targeted the underserved banking population of the continent. The focus of the white paper is on the cross-border and increasingly purely domestic remittances business, and the role played by digital wallets and app-based solutions in serving the unbanked and underbanked population. This is being achieved through expanding reach and improved ease of usage. The white paper also offers a glimpse of the challenges faced by banking institutions and other solution providers while processing cross border payments and the potential for wider adoption especially for small ticket transactions.

The market report notes the adoption of digital wallets has been steadily growing for some years, while the Covid-19 pandemic accelerated the need for online and in-store payments, forcing merchants to prioritize acceptance of new payment tools such as digital wallets.

In countries such as DRC Congo, Kenya, Tanzania and digital powerhouses Nigeria and South Africa, the report finds that remittances made by digital wallets provide food and secondary education, funding local businesses and land purchases. This in turn has resulted in increased spending on education, nutrition, and healthcare, but have diversified beyond cross-border remittances into uber-hailing, restaurant bookings and food delivery. As such, domestic remittance volumes are more sensitive to cost and convenience factors than international transfers, with total volume increasing as options become cheaper and more convenient.

Underpinning what has been a sharp growth in digital wallets within the context of remittance services is mobile money transfers which capitalise on the ubiquitousness of mobile phones to provide cross-border transfers.

This is expected to further increase. Holding back even stronger growth is that women on the continent are still a third less likely than men to have an active account due to their reported lack of knowledge on mobile financial services. This is expected to change in the coming years with mobile money programmes involving mobile operators specifically focusing on closing this gender gap by addressing the barriers preventing women from accessing and using mobile financial services.

Illustrations abound that the rise of mobile money transfers apparently needs minimal encouragement: In Rwanda, for instance, the Central Bank’s introduction of multiple policy changes, prompted a phenomenal 700% increase in the weekly value of funds being spent digitally at merchants, a 450% increase in person-to-person payments, and 200% increase in the number of people using mobile payments.

Ghana became the first African country to launch a universal QR code enabling customers to make instant merchant payments from mobile money wallets, bank accounts or international cards. Airtel Africa partnered with MoneyGram enabling Airtel Money customers to receive MoneyGram transfers directly into their mobile wallets from over 200 countries globally. While digital wallets have largely benefited from the growth of e-commerce, the introduction of QR codes was the fundamental reason behind the success of digital wallets as an in-store payment method in Asia. Now, this is beginning to become more prevalent in Africa too.

Cryptocurrency or digital currencies – the next frontier?

The report finds that cryptocurrency is anticipated to become the future of cross-border remittances in Africa, where the market for crypto-based remittances is already expanding.

Commenting on the report, Willie Kanyeki, Regional Director: East and Southern Africa at Terra Payment Services, notes that in addition to the development of cryptocurrencies highlighted in the white paper, in the marketplace the central banks of Ghana and Nigeria have been doing pioneering work in their respective development of national digital currencies. “Ghana and Nigeria are at the forefront in Africa with the development of specifically digital currencies rather than cryptocurrencies. The Central Bank of Nigeria is already looking at launching a digital currency, the eNaira, with the same value as fiat naira. The Bank of Ghana is also close to launching its e-Cedi, while Tanzania is on a similar path.”

In Kenya though cash is still widely used, the mobile money market is equally popular. It is one of the best examples of a mature mobile money market with a penetration of over 100% attributed to customers holding multiple SIM cards. M-Pesa, which controls 98% of the market share in Kenya, enables users to access a range of financial services through their phones without bank accounts. Smartphone penetration in Kenya was expected to reach 60% in 2021[3] and to over 80% by 2025. M-Pesa’s new app enables users to book bus or train tickets, purchase insurance and buy tickets for various events, with more services to be added in the future.

Nigeria is the fastest-growing market, poised to leapfrog the cash-to-card revolution, where consumers are beginning to migrate to mobile-enabled payment methods. Youth demographics are driving this demand for cashless and frictionless payments, says the report.

Reliance on cash has reduced significantly in both Nigeria and South Africa. In the latter country, the majority of people use card-based payments (43%) rather than digital wallets.

In Congo DRC there is the CongoPay platform, a new mobile payment platform which is an initiative of the Congolese government developed in association with TerraPay. CongoPay will provide more in terms of interoperability between Airtel money, mobile money, and merchant accounts. The platform will promote financial inclusion, financial resilience, and the reduction of inequalities in Congo. It is a centralised and secure system that supports multi-channel payment change with speed and transparency.

Kanyeki concludes: “One of the key takeaways of the white paper is that in-country regulatory initiatives are increasing competition for financial services, with financial and telco firms launching digital wallets as a first step to gaining banking licenses.

Distributed by African Media Agency (AMA) on behalf of Terrapay.