The United States government has given Zimbabwe’s prolific inventor Maxwell Chikumbutso a new home in its populous state of California. Chikumbutso is the founder of Saith Holdings Inc. under which he made headlines for his serial innovations which include the world’s first ever green power generator which can produce electricity using radio frequencies, an electric powered car which doesn’t consume fuel, a multi-fueled helicopter and many more.

According to Zambian Observer online Chikumbutso from his new base in the United States of America, he expressed disappointment that Africa did not see what the US Government saw in his ground breaking inventions.

“The USA Government saw what Africa did not and California is now our HOME, the Head Office of Saith Holdings Inc. I always love AFRICA and I’m so proud of being born and raised in AFRICA. I will surely come back to Zimbabwe where everything started.” said Chikumbutso.

Chikumbutso’s journey started in 1997 when he started experimenting with various technologies while in Kuwadzana. At one point he was profiled on ZBC-TV as a prominent young man in the innovation industry. He developed the first Green Power Prototype generator which produces 100% clean consumable energy using Radio Frequencies.

In 1999, he built his first successful project which was a Radio broadcast transmitter for which he made the headlines on ZBC news. He started broadcasting, though illegally. The project fell away due to lack of funding.

In 2001, under the mentorship of Rose Mazula, then Broadcasting Association of Zimbabwe Chairperson, he developed what he named the Digital Navigation Facilitator which is used to facilitate landing of aircraft from variables that include the size of the aircraft, its position in altitude, speed and so on.

He took it to the Air Zimbabwe Technical Training Centre where it was assessed and given commendation by aircraft engineers. He says that it became the first addition or modification to Zimbabwean aircraft technology since 1980 even though he himself had never been in an aeroplane.

He took the invention to Air Force of Zimbabwe where the squadron leader and technical team assessed the technology and confirmed that it worked. However, due to lack of financial support the project just fell away.

A few years later, he met up with a Lawyer, Bruce Mujeyi, who introduced Maxwell to the idea of patents which was by then to him an unfamiliar subject. Bruce bought into Maxwell’s vision, volunteered to register patent for free and started providing financing for projects.

In 2003, Maxwell began to get ideas on creating a self-powered generator. Through Bruce, Maxwell interfaced with some prominent professors in Zimbabwe who told him that it was impossible to create such a machine.

He, however, pursued his idea financing it with the little money he got as a haulage truck driver. By 2009, the first prototype of the Greener generator began to work generating 1,200 Watts, but still no one was interested in funding the project.

In 2009, Maxwell was invited by the Government of Lesotho to do a presentation of his project. He was offered a $1,2 million dollar deal but turned it down after he met with Zach Wazara, former Econet CEO and founder of Brodacom.

Maxwell says together they formed a partnership and he became influential in the building of failed telecoms company Brodacom.

At Brodacom, he invented what he says was the first WiFi Meshing technology in Zimbabwe with self-organising base stations among other projects.

Under the partnership, the second Greener power prototype was developed and generated 50 Kilowatts.

In 2007 Maxwell says they failed to find an attorney who was able to file a patent for the Greener Power because it violated the present day natural laws of physics.

Instead, patent examiners proposed classifying it as a perpetual motion device. Zimbabwe and South Africa likewise failed to patent the invention.

Max and Clerks, a leading law firm in the UK who handle Motorola and Samsung patent registrations were supposed to come and inspect a bigger prototype but unfortunately Wazara’s business began facing challenges and he could not continue funding. Still, Maxwell went on to build 3 machines that successfully powered his mother’s house in Kuwadzana.

Among the bidders, Maxwell was the only individual. In spite of that, he performed exceptionally but unfortunately, he lost the opportunity because the awarding director wanted a portion of shares in the company in exchange for his grant.

He also turned down a buyout from an unnamed European Institute at around the time that he met with Angolan born pastor and businessman Dr Teddy De Almeida in Johannesburg.

Dr Almeida owns one of the biggest energy companies in Angola under the Bongani Group. He bought into Maxwell’s vision and contributed over $500,000 seed money desiring no return for his investment. No documents signed, just a stern warning to use the money wisely.

Eventually when the Greener Machine was eventually completed and he invited Dr Almeida to take up equity in Saith Technologies.

Here are some of Chikumbutso’s innovations:

The Saith Fully Electric Vehicle which was designed and made locally by Chikumbutso through Saith Technologies. 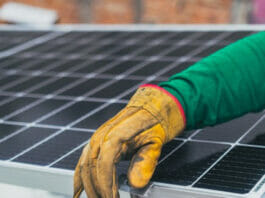 The Complete Guide to Maintaining Solar Panels Everything to Know 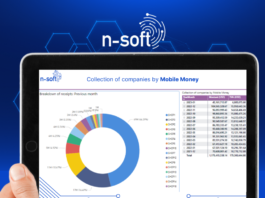 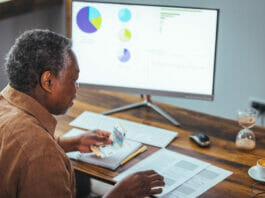 How Overseas Zimbabwean Workers (OZWs) Can Save Money Amidst Inflation