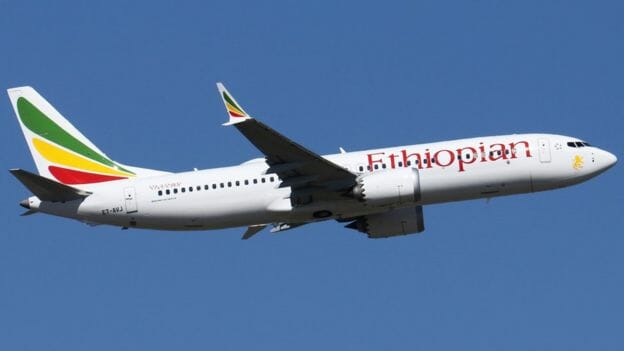 Two Ethiopian Airlines pilots missed an airport runway after falling asleep at 37,000ft in the air.

The pilots could not land the plane at the first time of asking. The crew were finally woken up by the autopilot alarm before finally and safely landing the plane.

Air traffic reportedly tried to contact them after they overshot the point of descent into Ethiopia’s Addis Ababa airport, an aviation news outlet reported.

The Boeing 737, with a 154-seat capacity, normally takes less than two hours on its route between the neighbouring countries.

The aircraft remained on the ground for about 2.5 hours before departing for its next flight, the publication reported.

Some aviation analysts have described the incident as concerning.

“Pilot fatigue is nothing new, and continues to pose one of the most significant threats to air safety – internationally,” tweeted aviation analyst, Alex Macheras.
Source: Africa Feeds

Like it? Share it!
Josué Komla Guenou: From small-town boy to big-time agripreneur < Previous
The History and Popularity of Blackjack Game Next >
Latest News From Malawi
Headlines From: The Maravi Post