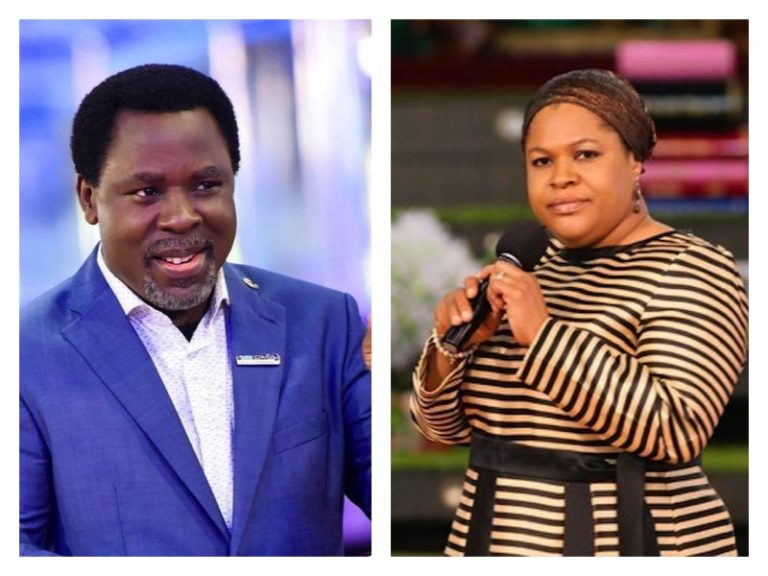 LAGOS-(MaraviPost)-When on Saturday June 5, 2021, Pastor Temitope Balogun Joshua, the founder of Synagogue Church of All Nations (SCOAN) and one of Africas most popular televangelists breathed his last, the news came as a rude shock to millions of his followers across the globe.

The notable spiritual leader fondly called TB Joshua was said to have walked out of a Saturday night service while preaching, to take a little rest but did not return to continue. Five months after the demise of the Man in the Synagogue, things have not remained the same as a leadership tussle erupted between his erstwhile top aides and immediate family.

Saturday Sun learnt that some top prophets of the church had expected that the mantle of leadership would be handed over to Prophet Racine Bousso, a Senegalese and deputy to the late TB Joshua.

Bousso, alongside Prophets Joseph David from Nigeria and Christopher Dennis Tonge from the United Kingdom, mostly stood in for TB Joshua on days he was not available. These powerful and influential aides had allegedly staged a spiritual coup d’etat and temporarily seized power, making themselves heirs to the estates of the renowned Prophet against the legitimate interests of his widow, Evelyn and her three children – Sarah, Promise and Heart.

While in the saddle, a series of allegations were made against the top aides. Chiefly, the Prayer Mountain of the church at Agodo Egbe designed only for prayers was said to have been gradually turned into a haven for worldly lifestyle – a thing that was not in practice when TB Joshua was alive.

The aides were also alleged to have taken over the church’s strong room and looted the vault with reckless abandon. Also, none of TB Joshua’s family members was privy to all monies collected from partners all over the world during and after his burial. The aides were equally alleged to have opened another global network account without the church or Joshuas family’s knowledge.

However, in a sudden twist of fate, the succession tussle was laid to rest as the headship of the vast ministry has been legally thrust on the widow. Following the ruling of Justice Tijjani Ringim of the Federal High Court, Lagos that ordered her reappointment as a trustee of the church in line with its constitution, which prescribes a minimum of three trustees for the church, Evelyn has now taken over the reins of affairs at SCOAN. But then, it appears the court judgment did not go down well with some people, as it ignited a crisis of confidence currently rocking the church.

Mrs Joshua, however, made it known to Saturday Sun that there was neither crisis nor leadership vacuum in the church.

“The church’s BoT, in its own wisdom, chose me as the new leader of the church. There is no dispute regarding the leadership of the ministry, and that has been settled”.

According to her, the church is obviously going through a new phase of experience in its life, which warranted its prolonged shut down that has not been pleasant to some members.

Joshua also reacted to an allegation that about 17 foreign prophets and evangelists of the church were initially detained and later deported to their countries of origin, on her instruction.

“There was no basis for that. To say that the church instigated the deportation of foreigners is very unfortunate. In fact, we are highly disappointed in a certain media platform that reported that falsehood. Its a blatant lie against the church and even against the Federal Ministry of Interior under whose purveyor the issue of immigration falls.

“The purveyor of this falsehood didn’t even consider the diplomatic implications of such falsehood. It defies logic that some British citizens would be detained and later deported from Nigeria without the knowledge of the British High Commission. There are standard procedures of deporting any foreign citizen and the church as a body doesn’t have any power of sort”, she stated.

Nevertheless, the widow noted that since her husband’s death, the behaviour of some disciples allegedly led by two Britons and two Nigerians, has become a matter of serious concern to the leadership of the church.

This, she said, led to the elders and the new BoT to call for a comprehensive audit of the church finances, save for some critical assets not yet manipulated.

While this was going on, some of the disciples have been asked to proceed on vacation, at least in the interim, for proper management and maintenance of discipline.

Saturday Sun learnt, however, that some of the disciples are afraid they might lose their jobs whenever the church completes its reorganization and ready to recommence service.

This fear has reportedly led to a campaign of calumny targeted at the person of Evelyn Joshua and other church elders.

A veteran journalist and top member of the church, who pleaded anonymity, told the reporter:

“She was completely put in the dark of all activities. These once powerful aides constituted themselves into an ‘Apex Council’ and established a ‘Governing Council’ for the church in which all positions are shared within themselves, with no member of TB Joshua’s family or any church member on board. But the unholy alliances have pushed the woman to rise up to the challenges of preserving and strengthening the good legacy left behind by her husband.”

According to him, there are fears that Mrs. Joshua might have a tough time running the affairs of the ministry, and expectedly.

She is already dealing with a number of issues, including conspiracy and intimidation from a group of people who were supposed to provide support and assistance at a time she needed them most.

“But taking charge of the ministry left behind by her husband wouldn’t be a difficult one for the woman, as she was part and parcel of her husband’s ministerial engagements since he started in the late 1990s. They often travelled together on soul-winning campaigns and evangelism assignments. So, with time and against all odds, she would step into the role with ease to keep alive her late husband’s dreams and legacy.”