As Western Europe recovers from last week’s deadly floods, a historic German wine cooperative has described the impact on its business as “devastating”. The Mayschoss-Altenahr wine cooperative, near the river Ahr south of Bonn, was founded more than 150 years ago and is believed to be the oldest such organisation in the world. But it was cut off by the floodwaters, leaving its cellars and facilities submerged in water and mud. Now staff are trying to salvage whatever they can from the damaged barrels and bottles strewn around the complex. Alina Sonntag, a management assistant at the cooperative, said the disaster threatened its existence. Sonntag said Mayschoss-Altenahr has 460 members, half of whom are themselves winegrowers and winemakers. Many of them will have lost both their homes and their livelihoods in the floods. The village of Mayschoss itself was cut off by the floods until a few days ago and could only be supplied by air. At the time of filming the only way to reach it by land was via a narrow dirt road through the forest. As a result, the cooperative hasn’t been able to supply its customers for the past week, and Sonntag said it was now planning to outsource sales to other wine growers in areas that haven’t been so badly affected. The floods killed at least 180 people in Germany and 31 people in Belgium. 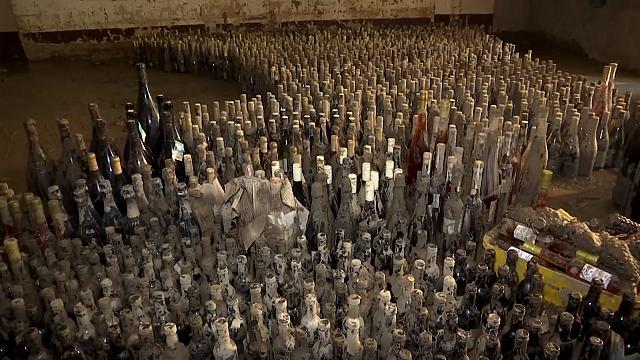 Like it? Share it!
Major crimes why Malawians are already tired of Chakwera’s clueless < Previous
Tunisia Prime Minister Hichem Mechichi fired after violent Covid-19 protests Next >
Recommended stories you may like: