Major crimes why Malawians are already tired of Chakwera’s clueless 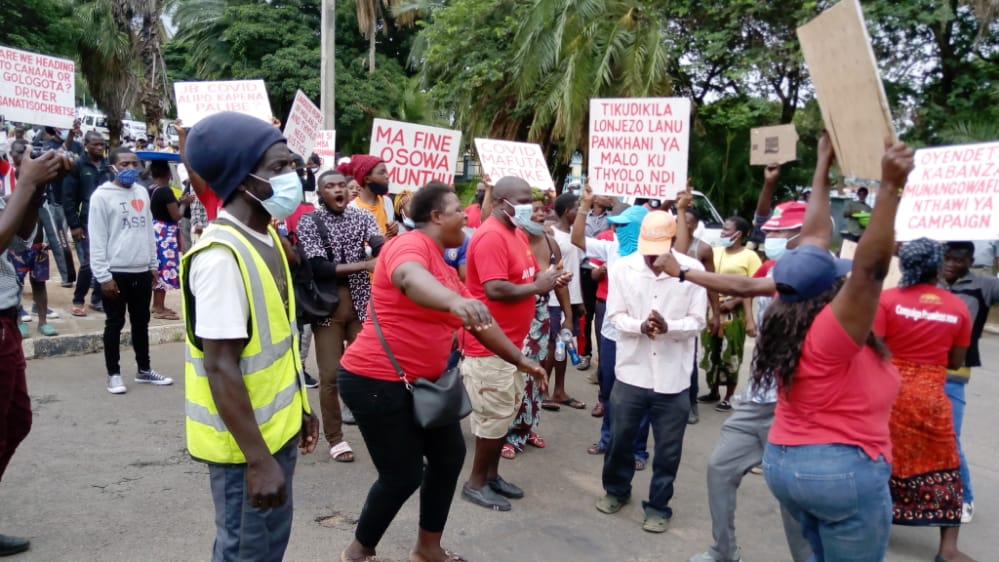 Politics is about resonating with the majority of the citizens especially those that form a large voting block. Unfortunately, pa ground pakavuta, anyone who just seems to be on the voters side, becomes a hero. Last week it was Peter Mutharika, this week it’s Bon Kalindo. It doesn’t matter what the speaker has achieved in life, as long as one seems to be on the side of the masses, he/she gets their attention.

President Chakwera thinks he has all the time in the world but he is seating on a time bomb. Malawians got tired way back in 2018. They can’t wait for speeches anymore. Pa ground pavutapa ndi vuto la Chakwera. He is too slow, indecisive, clueless and a big time puppet of a few people.

1. Appointed wives and husbands, brothers and sisters, in-laws into cabinet.

2. Lied that he will evaluate performance of Ministers and reshuffle the cabinet after five months.

3. Lied that he had finished evaluation of the cabinet and would release the list of the new cabinet but chickened out in the last minute. Now over a year later he has not evaluated his cabinet.

4. Appointed retired and inefficient people back into government. SPC Chikhosi is a dinosaur that belongs to the Stone Age.

5. Appointed an Insurance retired and very tired Mlusu as a finance minister at a crucial time when the economy needed fresh and qualified active brain. The results are there for everyone to see, an economy in decline ( Check Malawi laws on who has more power on factors that affect the economy)

6. Took ages to appoint board members of parastatals. Tinachita kugogodera.

7. Secretly changed some names of board members and put MCP members.

8. Lied that he would act on leadership of NOCMA, a strategic government company but retained Buluma to help him with deals.

9. Appointed SPC Chikhosi as Chairman for boards that he wants to control and steal from. That alone is a questionable governance structure as SPC has nobody who can check him if he abuses his power as Chairman of parastatals.

10. For a long time, left several ministries without ministers, until now for no logical reason at all.

11. Fired Minister of Labor and then went to his constituency to apologize, akuti analakwitsidwa. Zaukweche zeni zeni

12. Appointed his daughter as third secretary in Belgium against his own sworn fight against nepotism.

13. Appointed his daughter in-law as Board Chairperson of COSOMA although he called DPP nepotistic.

14. Lied that he would change MACRA Board for spending millions of Kwachas in Dubai.

15. Took one year to appoint ambassadors and associate embassy staff.

16. One year into office, there are still no CEOs in most parastatals.

17. Started 2025 election campaign before even clocking one year in office, meeting chiefs and giving them money at state house.

20. Promised to fight corruption but letting his MCP members establish briefcase companies used to siphon money and letting the usual Asians get billions of contracts.

Disclaimer: The views expressed in the article are those of the author not necessarily of The Maravi Post or Editor.

Patseni Mauka
Patseni Mauka is a Contributor at The Maravi Post and a Political Commentator in Malawi. His hard hitting Political views have a strong following on Social Media
RELATED ARTICLES
Lifestyle