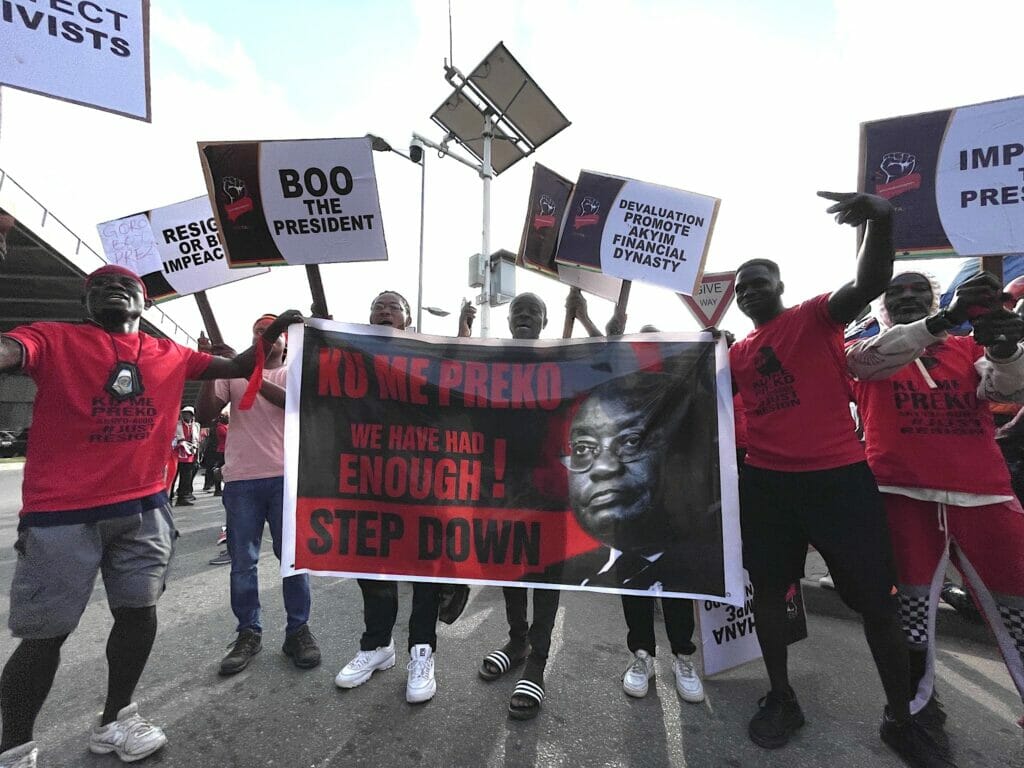 Ghanaian protesters on Saturday demanded that their president Nana Akufo-Addo resigns amid a worsening economic crisis.

Thousands of them marched through Ghana’s capital Accra expressing displeasure at the state of governance and economic hardships.

It’s hurts that I didn’t start recording this guy early! The things he said eh!

You can’t sit in your homes and talk and tweet and that’s it! #kumepreko #Ghana pic.twitter.com/pGAoh81sJb

The protest led by a private legal practitioner, Martin Kpebu is the latest of agitations coming from Ghanaian amid the current economic crisis.

It never happened that you have a president in office and every time that the country borrows, the president’s family becomes richer; how?” Kpebu told the reporters.

“This can’t continue. We can’t borrow all the time and have Databank becoming richer all the time. Citizens have a duty as stated in Article 41 [of the Constitution] to ask the president to resign and this is not the first time that a president of Ghana is going to resign,” the lead protester added.

Ghana is facing its worst economic crisis in a generation. The cedi currency is in its worst state in 15 years, falling nearly 20% against the dollar, and consumer inflation is hovering at a 21-year high of 37.2%.

The country is yet to secure a deal with the International Monetary Fund (IMF) to revive the economy.

Sex workers in Ghana increase rates due to economic hardship