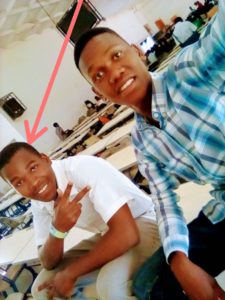 LILONGWE-(MaraviPost)-Isaac Kambalame, first year student, who was pursuing a bachelor of science (BSc) in agriculture,  drowned Thursday, in the school dam.

According to onlookers, Kambalame, who hails from Nsanje district,

went to the school  dam with four other friends, mainly for photo-shoot purpose, as a means of appreciating the dam area view.

Whilst there, he attempted to swim after being motivated by his friends and children from the surrounding villages.

However his friends were shocked when Kambalame didn’t resurface after diving into the water. His friends began shouting for assistance after realising that their friend was drowning.

A  villager who was passing by, heard the cries of the young men and came to the rescue.

Unfortunately Kambalame was prounced dead on arrival to  the Bunda Clinic by the medical personnel. This was after attempts to revive him failed.

Kambalame was in the process of siting for his end of semester one exams, which were scheduled to end  next week Monday.

Meanwhile Kambalame’s remains have been taken to the mortuary at Kamuzu central Hospital.

Like it? Share it!
US’ Our AIM Foundation excites Malawi’s Mchinji villagers with magnificent community  Centre < Previous
WVM targets 16,000 smallholder farmers Next >
Recommended stories you may like: