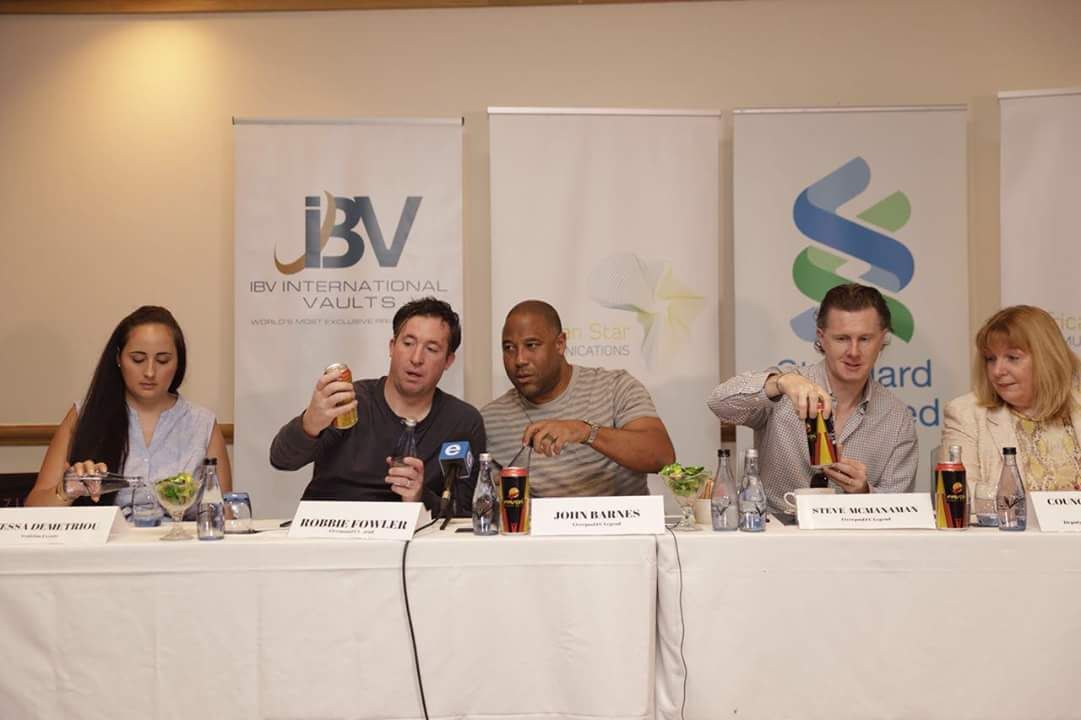 In the partnership, the energy drink Favour, currently in various supermarkets in Southern Africa, has sponsored the bringing in South Africa of the three Reds trio Steve McManaman, Robbie Fowler and John Barnes.

The trio arrived in South Africa on 19th March and are taking part in the three-day activities in honour of legendary president Mandela, who would have turned 100 this year.

Asked why Favour Drink though of headlining the sponsorship of the campaign, SBI representative Sean Longwe told journalists at a press conference Tuesday night in Johannesburg that their company is always inspired to unite people and more so the youths through football .

Football is like a second religion where people can seat forget their differences have a drink and enjoy, he said.

He added that in the same vein, SBI always share the same sentiments with the great Liverpool Legends and the Liverpool City Council in celebrating the great Nelson Mandela who is a global icon.

As part of the event, SBI has produced limited edition of Liverpool 4 Madiba cans currently available at Spar stores nationwide as well as select retailers across South Africa from April right through to Madiba’s birthday month in July.

In these months Favor will be engaging consumers through various activation across the country to celebrate Nelson Mandela’s legacy.

The campaign is currently on today with a spectacular gala dinner with fans and a coaching clinic with underprivileged children to be hosted at the Metrostars Football Development Centre in Alberton, Johannesburg.

The campaign will also involve unveiling the building of the Nelson Mandela Memorial in Liverpool City, a project initiated by the UK-based Mandela8 charity.

The memorial artwork will be created on the lake island at the Toxteth Park and launched in June 2018.