You are here: Home » Regional » South Africa: 22 people found dead in a nightclub 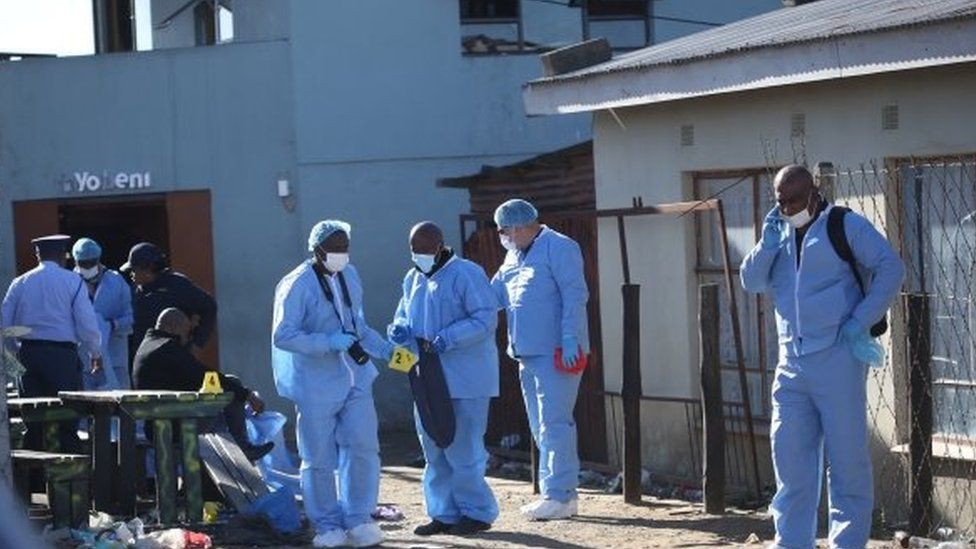 At least 22 people have been found dead at a nightclub in South Africa.

Many of the victims are said to be students who were celebrating after their final examinations.

Emergency services were called in the early hours of Sunday to the Enyobeni Tavern in Scenery Park, on the edge of East London, Eastern Cape province.

Authorities say they are going to carry out post mortems as soon as possible. Reports say there are no obvious injuries on the bodies.

Eastern Cape police spokesperson Brigadier Tembinkosi Kinana has indicated that young people were among the dead.

Reuters reported him saying they were aged between 18 and 20, but there are also reports they may have been younger, with AP saying they were reportedly attending a party to celebrate the end of winter school exams.

Siyanda Manana, a spokesperson for the Eastern Cape provincial health department, told Reuters that “We are going to immediately be embarking on autopsies so we can know the probable cause of death. We are talking 22 bodies right now.”

AP said police were investigating the deaths of at least 20 but reporters at the Daily Dispatch newspaper had earlier said the death toll could be as high as 22.

Another five people have been taken to hospital, according to local broadcaster eNCA.


Reports indicate that parents whose children did not spend the night at home have besieged the nightclub in a desperate search for their loved ones.

Police have restrained them from entering as the bodies are transported to the morgue to pave way for investigations.

Like it? Share it!
17 found dead in South African nightclub < Previous
At least 20 die in South African club; cause still unknown Next >
Latest News From Malawi
Headlines From: The Maravi Post