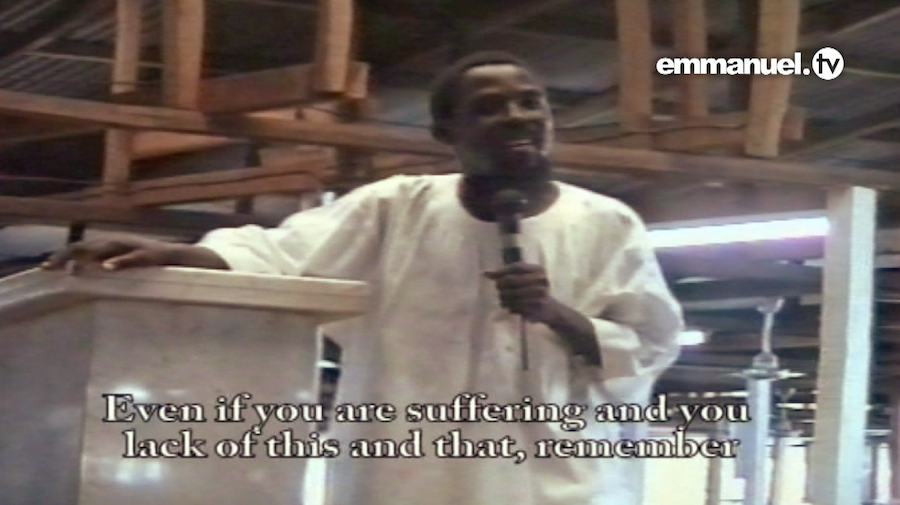 Nigerian cleric TB Joshua has released a 20-year-old clip showing the ‘confession’ of a man who claimed to be one of the officers who arrested him in 1996 on the accusation of drug dealing.

Yusuf Hassan, who hails from Adamawa State, said he worked with the National Drug Law Enforcement Agency (NDLEA) when an informant tipped them off that Joshua was dealing drugs within his church premises.

Storming The Synagogue, Church of All Nations (SCOAN) in Lagos with 18 ‘armed’ officers and six soldiers, Yusuf recounted how the cleric was arrested and subsequently incarcerated for 13 days.

“On our way to the office, we asked him that – if he was a man of God, let him disappear,” Hassan reminisced, describing how the operatives all taunted the cleric en route to prison.

“Our officers destroyed a lot of things while searching for drugs – but we couldn’t find anything. On the thirteenth day he was released because nothing incriminating was found on him or with him,” Yusuf continued.

However, after Joshua’s innocence was established, Hassan revealed that calamity befell all involved in the operation.

“Among the officers that came to arrest TB Joshua, three of them are no longer alive. All 18 officers, except for myself, have been dismissed,” he revealed.

Yusuf himself said he was ‘on suspension’after a court-case landed him in prison for ten months.

“I want God to deliver me from the participation I took in this arrest,” he concluded.

Joshua, looking youthful, is also seen in the clip thanking congregants for their support after his release from imprisonment. “When you count the blessings of God in your life, doubts will fly away,” he can be heard saying.

TB Joshua is not new to controversy. He has been the subject of several accusations, most recently from an ex-worker at The SCOAN named Bisola Johnson who claimed she was ‘raped’.

Johnson, however, confessed to mental instability in a previous video and was found to have defrauded a US businessman, casting aspersions over her credibility.

“Nothing makes you better than your enemies when you respond to them. Leave the battle for God,” Joshua advised in a post on Facebook, whilst sharing the throwback clip.

Share
Facebook
Twitter
Pinterest
WhatsApp
Previous article
Bizarre: Louisiana woman forced to bite a camel’s genitals to escape deaf dog
Next article
The Queen is the only person in UK who is allowed to drive without a licence….she never took a driving test

Ihechukwu Njoku
Ihechukwu Njoku is a freelance journalist based in Lagos, Nigeria who specialises in penning stories related to religion.
RELATED ARTICLES
Development