You are here: Home » Regional » Top News » Malawi Parliament opens June 24 amid calls for nullification of May polls results 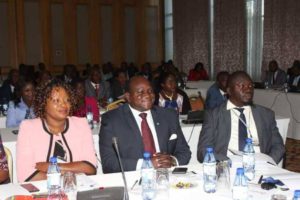 LILONGWE-(MaraviPost)-Malawi Parliament  of 48 the session is expected to open on June 24, this year.

This comes amid contest against May 21 polls results that saw Malawi Electoral Commission (MEC) Chairperson Dr. Jane Ansah declaring President Peter Mutharika as a winner with 38%.

This was despite numerous irregularities that marred the polls which warrant for nullification according to other quarters of the society.

But in a press statement released on June 10, signed by the parliament clerk Fiona Kalemba says that after the opening the house will sit from Monday , 24 June to Friday , 12 the July, 2019.

“The office of the clerk of parliament is informing all cabinet ministers, Deputy ministers, members of parliament and the general public that His excellency , professor Arthur Peter Muthalika, president of the republic of Malawi will conduct a state opening of the new parliament of Malawi on Friday 21 st June 2019 at 10:00 am in the parliament chamber Lilongwe.

“All cabinet ministers , Deputy ministers and Honourable member of parliament are, therefore , summoned to attend the meeting  at the time and place indicated until adjournment sine Die and herein fail not ,” she said.

Like it? Share it!
Community leads on implementing integrated watershed management activities in Phalombe < Previous
Court jails Blantyre man for injuring fellow over M’memo Next >
Latest News From Malawi
Headlines From: The Maravi Post