The main opposition Malawi Congress Party (MCP) on Tuesday in unofficial results defeated the ruling Democratic Progressive Party (DPP) in a five to one dominance for the 17th October, 2017 by-elections that occurred in six areas in the country.

According to unofficial results announced in all tally centers, MCP beat DPP by 5 to 1.

The unofficial results showed that the ruling DPP only won the seat of councilor in Mayani Ward in Dedza district leaving the three seats of Members of Parliament (MPs) and two councilors to MCP.

Below are the unofficial results as was announced in all tally centers; 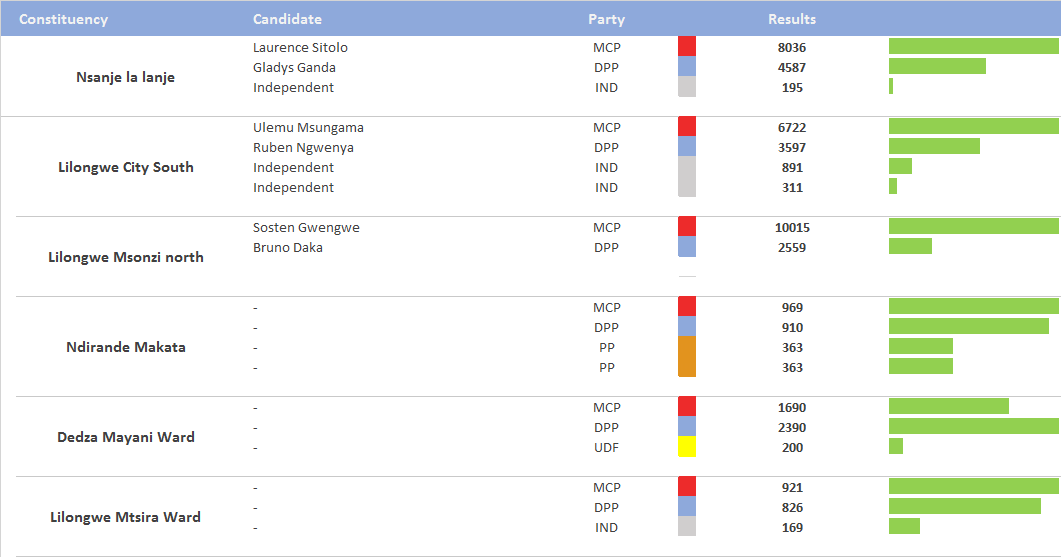 Meanwhile, the official results are expected to be announced on Wednesday (today) around 12:30 noon by the Malawi Electoral Commission Chairperson Dr Jane Ansah in Blantyre.

Like it? Share it!
Zambia: President Lungu must uphold human rights of all < Previous
Roselyn Akombe Kenyan election official resigns, says new vote not credible Next >
Latest News From Malawi
Headlines From: The Maravi Post