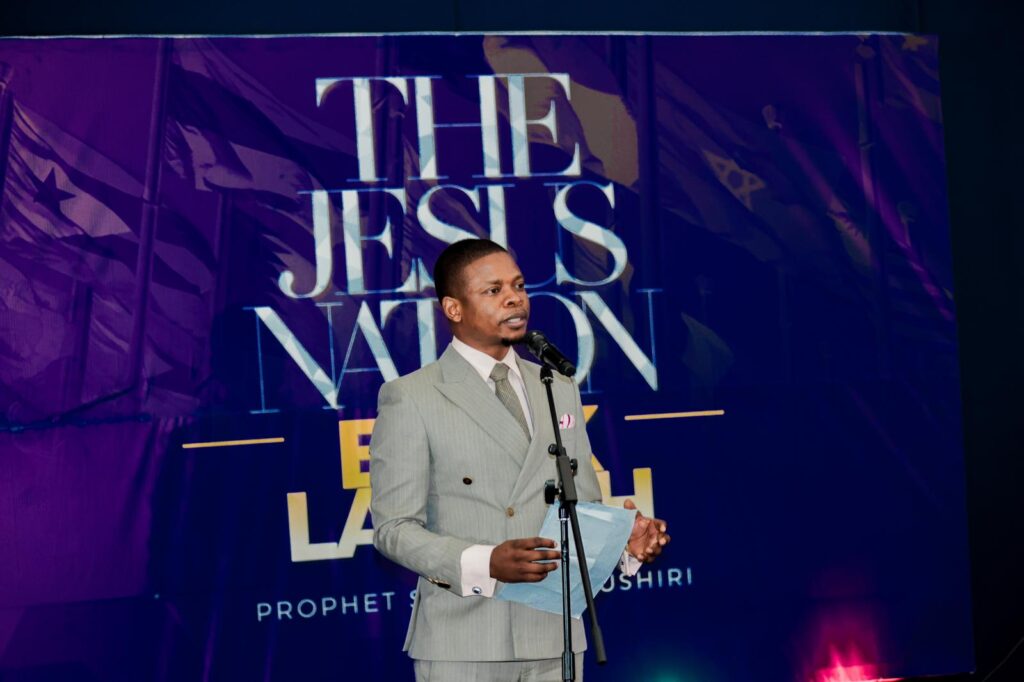 The book was launched in the capital Lilongwe on Thursday, night June 17, 2021 with a record 33500 copies already pre-ordered and all the proceeds set to go to charity.

“The Jesus Nation” book’s author Prophet Bushiri emphasized the need for God’s children to use the book for economical, spiritual and political leadership for better society.

Bushiri who is Founder and leader of Enlightened Christian Gathering (ECG) church says the book cultivates mindset change in some life aspects that children of God be take control of world affairs where Christ will rule the entire universe.

“God is powerless with a heart on hard rock that many are unable to change for better life. We need mindset change to do well in life. This book therefore takes charge of wonderful path God’s children need to pursue.

“With mindset change, children of God are assured of easy forgiveness, true love, kindness that Christ be the ruler of the world,” assures Prophet Bushiri.

According to Bushiri, the book displays how God is raising a new generation of people, armed with righteousness and justice, who will be placed in various strategic points to defend and proclaim the kingdom of God, ‘The Jesus Nation’.

“I urge everyone to experience the knowledge of this book with sincerity and honesty. It’s a book that I have strong confidence it will help nourish our faith in God. I believe It is time,” he said.

Gifford Matonga, one of the country’s renown clergies thanked God for the gift of Prophet Bushiri for love he has for Malawi and entire world.

Matonga lauded Bushiri for the spirit of sharing ideas that inspire many souls to win kingdom of God.

He however encourages the public to embrace the book for spiritual touch while helping realising proceeds towards charity.

“The nation will move forward if there is no monopoly to knowledge hence we support each other by buying the “The Jesus Nation” book that proceeds reach the poor”, urges Matonga.

According to Shephers Bushiri Publishers Manager, Diana Chatata over 64 books have been published by the Prophet in a decade.

Chatata disclosed that Prophet Bushiri’s published are in English, French, Spanish, Swahiri and Chichewa languages saying plans are underway to reach over 70 languages across the global in the next next two years.

She however said 80% published book are e-book service, online for sustainable environment as responsible God’s children.