HomeRegionalKenyans vote for a new president in crucial election
Regional 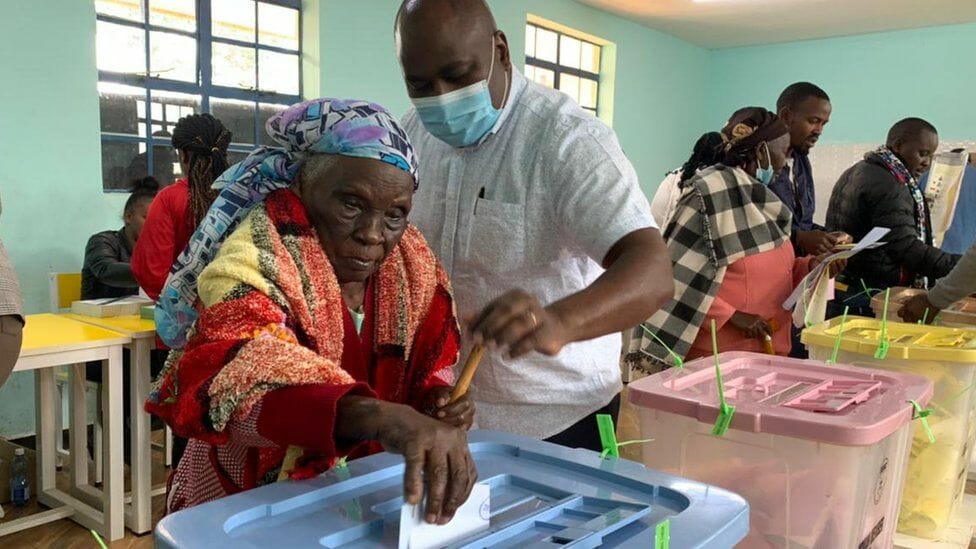 p class=”ssrcss-1q0x1qg-Paragraph eq5iqo00″>When Mr Ruto who voted in the town of Eldoret in the Rift Valley has pledged to accept the election result.

He told the BBC that “I think for the first time in the history of multiparty democracy in Kenya, all the candidates have undertaken that they will accept the outcome of the results.”

Polls are opening for 11 hours and are expected to close at 17:00 local time (14:00 GMT). Anyone still in the queue at closing time will be allowed to vote.


The results of the last presidential election in 2017 were annulled after the Supreme Court ruled that the electoral commission had not followed the law when it came to the electronic transmission of the vote tallies from the polling stations.

A re-run was won by Mr Kenyatta after the votes were boycotted by Mr Odinga – the main opposition candidate at the time.

To win the presidential race in the first round, a candidate needs more than half of all the votes cast across the country and at least 25% of the votes cast in a minimum of 24 counties.