You are here: Home » Regional » Top News » Easter Reflection: Is the Lord angry with Malawi?

Easter Reflection: Is the Lord angry with Malawi?

Also the LORD was angry with me for your sakes, saying, Thou also shalt not go in thither.” Deuteronomy 1:37

Moses was not allowed to enter the Promised Land because he struck the rock twice, instead of speaking to the rock as God had told him to.

Moses and Aaron prayed and God spoke to Moses saying,

So Moses took the rod from before the LORD, just as He had commanded him; and Moses and Aaron gathered the assembly before the rock.

And he said to them, “Listen now, you rebels; shall we bring forth water for you out of this rock?” Then Moses lifted up his hand and struck the rock twice with his rod; and water came forth abundantly, and the congregation and their beasts drank.

But the LORD said to Moses and Aaron, “Because you have not believed Me, to treat Me as holy in the sight of the sons of Israel, therefore you shall not bring this assembly into the land which I have given them.”

Moses was told to speak to the rock.  Instead, he called the people rebels and said “shall we” bring forth the water, implying that it was the work of Moses and Aaron to provide for the people.  It was not.  Rather, it was the Lord who would provide the life giving water. 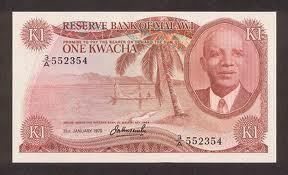 Malawi’s fifty year old history, like the Israelis history which spans over centuries, is punctuated with bursts of heading towards genuine prosperity; immediately followed by periods of utter hopelessness for the masses and jackpot prosperity for the rulers and their families.

In the 1960s and 1970s, the Malawian economy went through periods of high economic performance and periods of economic crisis as has been the case with most developing countries in Africa, Asia, and Latin America.

However, when one compares the country’s economic performance over the decades since independence, the Malawian economy is observed to have performed relatively better in the first fifteen years after independence, 1964 -1979 (Njolwa, 1982; Mulaga and Weiss, 1996; and Chirwa, 2003).

This is supported by the country’s performance in terms of the share of manufacturing output in gross domestic product (GDP) which increased from 8 percent in 1964 to 12 percent in 1979, with the overall GDP growth rate averaging 5.3 percent per annum over the period (Chirwa, 2003).

This early success is associated with the period when the Malawi Government implemented the import substitution industrialization and the protectionist economic policies, together with the export led agricultural development strategy.  “Performance in Malawi over the period 1967-2002” by Hopestone Kayiska Chavula

This view is more or less echoed in “Malawi’s First Republic: An Economic and Political Analysis“, by Harvey J. Sindima, a professor of philosophy and religion at Colgate University. In his book he outlines how Malawi’s economy experienced a period of continued growth during the 1960s and 1970s and then began to slide during the late 1970s as foreign borrowing and debt increased. 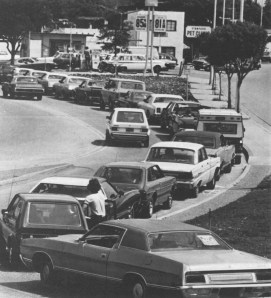 Dissecting the writings of these learned fellows, the success factors of Malawi’s overall performance hinged on sound policies revolving around import substitution, industrialization and protectionist economic policies which were founded on a solid export led agricultural development strategy.

The stellar performance was however tested.

In 1979, the global economy got an oil price shock (caused by the Revolution in Iran in January of that year and compounded by Middle East Politics and the United States’ relationship with Isreal) in which the price of oil more than doubled.

The result was a fall in growth and spiraling inflation which rocked even major economies like the USA.

In the eighties, partly as a way to deal with the effects of the global crisis; Malawi embraced IMF’s Structural Adjustment Programme (SAP) rolling out reforms in phases, and in the process re-organizing the then Press Holdings to turn it into the profit (wealth) maker we see today.

On the political front, winds of change blew across Malawi and Malawi peacefully evolved into a multi-party democracy, and as they say, the rest is history.

Missing from 1994 to date has been direction, policy consistency and concerted efforts to identify Malawi’s competitive advantage to reposition Malawi as a serious trader, not as a serious beggar, in the global village.

We have had and still have leaders who say one thing (written by some chap at Capital Hill) and do completely the opposite or nothing worth writing home about. Apparently, our leaders think that Santa Claus’s gifts are the reason the west developed. As far as the current leadership is concerned, Botswana’s economy is strong because of its herd of cattle.

Malawi has had all sorts of leaders: ranging from a Junior Certificate holder to questionable and honorary PhD educated. Malawi has tried men. Malawi is now trying a woman. Not much has improved – in fact, Malawi has in the past few years’ witnessed impunity of the worst degree.

This is why, standing on a mountain top, reflecting and pondering what transpired two thousand or so years ago at Golgotha, I have as little hope as the apostles had, when they saw their Teacher arrested and being tossed about by Roman soldiers.

This is why, while the apostles had a reason to smile after three days, I doubt if I will have a reason to celebrate after May 20. An amazing number of people, some who should actually be able to think with their brain and not tummies; are in fact using their behinds (or worse) to approach May 20. 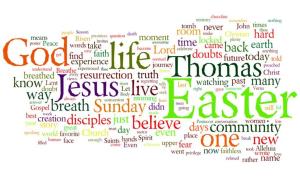 This one is one Easter that I doubt I will come out of as joyful as I ought to, having been rejuvinated by the blessings of the risen Christ.

And coming back to Moses – where we started this discourse, I submit that the LORD is angry with us.

This time He is saying never mind the flowery manifestos, nothing in them will amount to anything. Malawi shalt not go in thither economically.

And guess what? The LORD is right. Only if crooked and thieving Judas Iscariot had resurrected after three days, then would a Malawi governed by thieves also “resurrect” and “transform”.

Jesus Christ and Judas Iscariot died around the same time, and only the righteous Jesus resurrected; Judas is to date, very dead.

To resurrect economically, in terms of governance, and what have you, Malawi needs righteousness at the top. Thieves will not develop Malawi. Leadership that tackles corruption only at political rallies and not in deed, will not take Malawi anywhere except down.

Pretenders, fraudsters, con men and con women will only ensure that Malawi stays not six feet deep, but that Malawi is buried even deeper – while the thieves and their families syphon your taxes into personal accounts.

Should I sign off by wishing you a happy Easter? Nay, not me, not this time.

I will sign off by challenging you to open your eyes and start seeing, use your ears to start hearing and use your brain to start thinking as Malawi heads to the polls next month. Then and only then, could Malawi experience economic resurrection, and then the much touted but not understood “transformation”.

Anything short of voting wisely, the ire of the LORD shall stay with Malawi and if it does; no providential presidential cardiac arrest will happen to save Malawi again. Happened once, will not happen again. This is your call.

The Ivorian artist transforming used phones into works of art