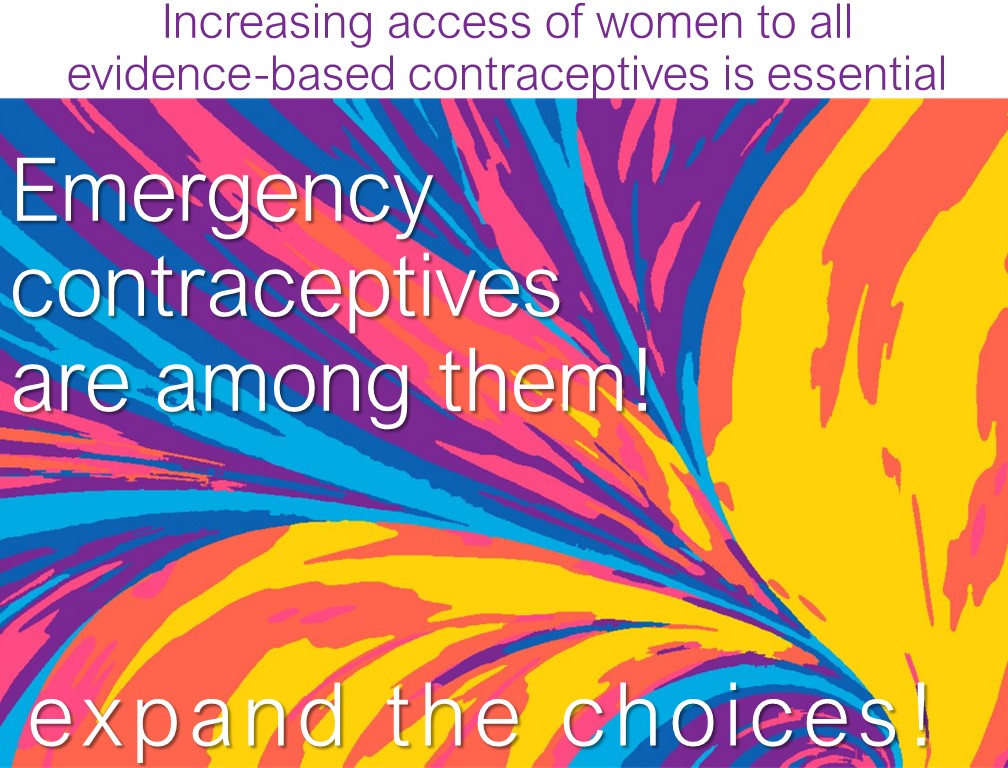 A picture containing food Description automatically generated
Many women and girls around the world have experienced contraception failure, missed taking oral contraceptive pills, or been forced to have sex against their will. For these women, emergency contraception is a safe and effective method that reduces the risk of pregnancy. Expanding the range of choices for girls and women to prevent unintended pregnancies, depending upon their specific realities and unique contexts, is critical if we are deliver on sexual and reproductive health related goals and targets.

However, many women remain unaware of emergency contraception, and in many countries in Asia and the Pacific region access to it is still limited and it largely remains a neglected contraception method, said Prof Angela Dawson, Professor of Public Health at the Australian Centre for Public and Population Health Research, while launching the Asia Pacific Consortium for Emergency Contraception (APCEC) at the ongoing 10th Asia Pacific Conference on Reproductive and Sexual Health and Rights (APCRSHR10) Virtual.

what is emergency contraception?

Emergency contraception is an effective reproductive health intervention, which could protect millions of women from unintended pregnancy. It is a group of contraception methods that can be used to prevent up to over 95% of unintended pregnancies, when taken within 5 days after sexual intercourse. But they are more effective the sooner they are used.

Emergency contraception can be used in a number of situations- like unprotected intercourse, concerns about possible contraceptive failure, incorrect/ improper use of contraceptives, and in cases of sexual assault when a woman has not been protected by any effective contraception. It offers a woman the last chance to prevent an unintended pregnancy.

what are the emergency contraception methods?

what is the mode of action of emergency contraceptives?

Emergency contraceptive pills prevent pregnancy by preventing or delaying ovulation. They do not induce abortion nor are they teratogenic, that is, they do not cause any abnormal foetal development. The copper IUD prevents fertilisation by causing a chemical change in sperm and egg before they meet. Emergency contraceptives do not cause an abortion if the woman is already pregnant nor do they harm a developing embryo.

emergency contraceptive use in India

In India, emergency contraceptive pills were introduced in 2002 by the government’s Ministry of Health and Family Welfare and were made an over the counter drug in 2005. Demographic surveys have revealed a large unmet need of contraception in India. According to one study, there were an estimated 48.1 million pregnancies in India in 2015, nearly half of which were unintended. At 15.6 million, abortions accounted for one-third of all these pregnancies. 0.8 million or 5% of these abortions were done through unsafe methods. In spite of abortions being legalized since 1971, 8% of maternal deaths in the country are due to unsafe abortions. Offering emergency contraception is an effective reproductive health intervention for reducing unintended pregnancies and unnecessary abortion related deaths in certain cases.

However, one should not forget that, as the name suggests, emergency contraceptive pills are to be used in an emergency for a contraceptive accident, and not as an ongoing family planning method, following every act of sexual intercourse. They are not a quick-fix solution to unintended pregnancies and their frequent usage can change hormonal patterns and be dangerous for the user’s health. Moreover, they leave women vulnerable to sexually transmitted diseases.

Then again, as per a newspaper report, we have a state like Tamil Nadu that seems to have put a shadow ban on iPills which suddenly started disappearing off the shelves of pharmacies, and by 2016, they were almost impossible to find. Medical stores seem to feel uncomfortable stocking them, particularly for adolescents and unmarried women, perhaps due to cultural and social barriers.

According to Prof Dawson, Asia Pacific Consortium for Emergency Contraception (APCEC) aims to address these challenges through advocacy efforts, knowledge dissemination and networking to improve evidence-based policy and practice and access to emergency contraception. It will serve as an authoritative source of information for not only researchers but also for policy makers, health providers, and the users.

In these times of COVID-19, there is a need for emergency contraception more than ever. Lockdowns necessitated by the global pandemic have resulted in a dramatic upsurge of intimate partner sexual violence; women are less likely to approach services or pharmacies for fear of contracting the virus; and sexual and reproductive health services have either closed in some places or have restricted hours of work. There are issues with supply, procurement and distribution of contraceptives also. All this has drastically reduced the access to regular contraception, as well as to emergency contraception, and increased the likelihood of unintended pregnancies and possible contraceptive failures. Modelling studies in 14 Asia Pacific countries show that around 32% women of reproductive age will not be able to meet their family planning needs in 2020.

(Shobha Shukla is the founding Managing Editor of CNS (Citizen News Service) and is a noted health and gender justice advocate. She is a former senior Physics faculty of Loreto Convent College and current Coordinator of Asia Pacific Media Network to end TB & tobacco and prevent NCDs. Follow her on Twitter @shobha1shukla)