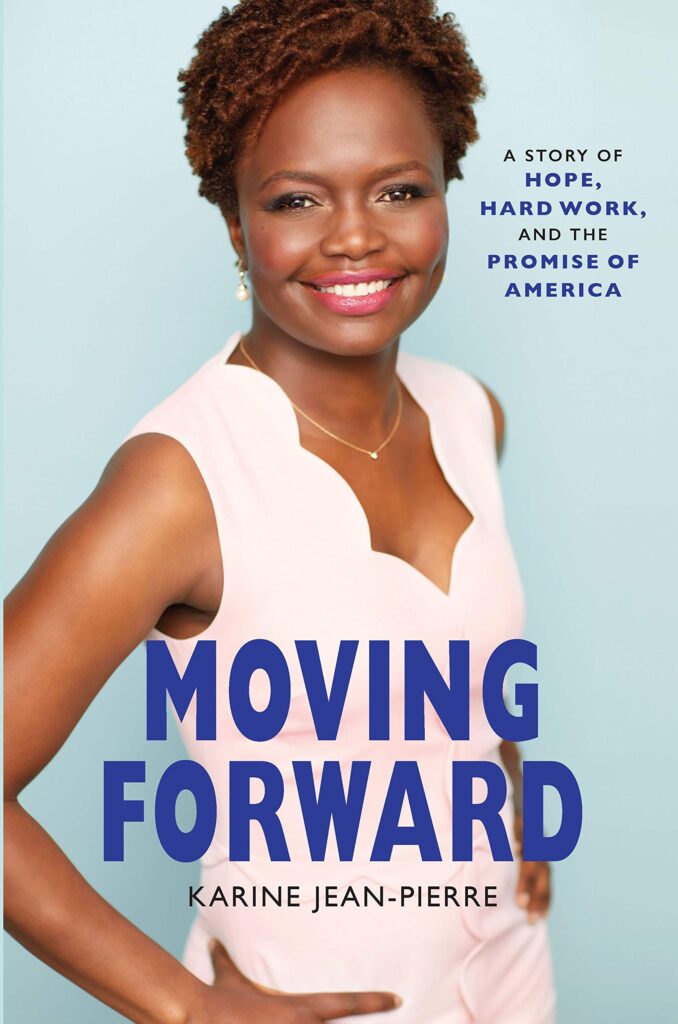 ATLANTA (MaraviPost): United States President ,Joe Biden has named his new press secretary, after making an announcement that Jen Psaki will leave the administration. Jane Psaki according to Social Media reports is expected to become a TV host at liberal leaning  MSNBC.

Karine Jean-Pierre, currently the principal deputy press secretary, will be taking over the role after Psaki leaves in mid-May. Jean-Pierre, a political analyst, was Kamala Harris’s chief of staff during the vice-president’s presidential campaign in 2020 and served on Barack Obama’s campaigns in 2008 and 2012. She was also an adviser and spokesperson for MoveOn.org, a progressive Pac.

Jean-Pierre will be the first Black person and first out gay person in the role. She has filled in for Psaki on several occasions, most recently while her predecessor was quarantining with Covid-19.

CNN national correspondent Suzanne Malveaux who is in a relationship with Karine is the first to be affected by the promotion, will also be on the receiving end of a small, work-related change. CNN has opted to remove her from political issues affecting the Biden administration

Malveaux has worked at CNN as a correspondent and anchor since 2002, including stints covering the White House and hosting The Situation Room, but will no longer be allowed to cover politics until Jean-Pierre moves on from her new post.

Karine Jean-Pierre (born August 13, 1977) is an American political campaign organizer, activist, political commentator, and author. She has been White House Principal Deputy Press Secretary since 2021. She served as the chief of staff for Democratic vice-presidential nominee Kamala Harris during the 2020 presidential campaign, becoming the first Black woman and first lesbian to hold that position.

She is set to become the 35th White House Press Secretary on May 13, 2022, following the expected departure of Jen Psaki, making her the first Black person and the first openly gay person to be Press Secretary.

Previously, Jean-Pierre was the senior advisor and national spokesperson for MoveOn.org and a political analyst for NBC News and MSNBC. She is also a former lecturer in international and public affairs at Columbia University.

Jean-Pierre was born in Fort-de-France, Martinique, on August 13, 1977, the daughter of Haitian parents.   She has two younger siblings, alongside whom she was raised in the Queens Village neighborhood of New York City from the age of five. Her mother worked as a home health aide, and her father was a taxi driver.  Since both parents worked most days of the week, Jean-Pierre was often responsible for caring for her younger siblings. Jean-Pierre graduated from Kellenberg Memorial High School in 1993. She obtained a B.S. from the New York Institute of Technology in 1997. She received her MPA from the School of International and Public Affairs, Columbia University (SIPA) in 2003, where she served in student government and decided to pursue politics.

Following graduate school, Jean-Pierre worked as the director of legislative and budget affairs for New York City councilor James F. Gennaro. In 2006, she was hired as the outreach coordinator for Walmart Watch in Washington, D.C. She was the southeast regional political director for John Edwards’ presidential campaign in 2008.  She joined the Columbia University faculty in 2014, where she is a lecturer in international and public affairs.

In 2011, Jean-Pierre served as National Deputy Battleground States Director for President Obama’s 2012 re-election campaign.   She led the delegate selection and ballot access process and managed the political engagement in key states, providing resources to help states determine “the best way for them to get the word out for the campaign.”

Jean-Pierre served as the deputy campaign manager for the Martin O’Malley 2016 presidential campaign.

In April 2016, MoveOn.org named Jean-Pierre a senior advisor and national spokesperson for the 2016 presidential election. In a press release announcing the hire, MoveOn said she would “advise on and serve as a spokesperson around MoveOn’s electoral work, including a major effort to stand up to Donald Trump.”

On June 1, 2019, Jean-Pierre moderated a MoveOn forum featuring then-presidential candidate Kamala Harris when an animal-rights activist jumped onto the stage and rushed at Harris, grabbing her microphone. Jean-Pierre intervened physically, standing between Harris and the protester until security, including Harris’s husband Doug Emhoff, removed the man from the stage.

In January 2019, Jean-Pierre became a political analyst for NBC News and MSNBC.

Jean-Pierre worked as a senior advisor to the Joe Biden 2020 presidential campaign. She joined the Biden team in May 2020 and explained to The Haitian Times that a desire to shape the future was especially motivating; she said that when she was approached by the campaign, she looked at her daughter and thought, “There is no way I cannot get involved in this election.” In August, it was announced that Jean-Pierre would serve as the Chief of Staff for Biden’s vice-presidential nominee, who had not yet been announced.

On November 29, the Biden-Harris transition team announced that Jean-Pierre had been made Principal Deputy Press Secretary.  On May 26, 2021, she gave her first White House press briefing, becoming the first openly gay woman to do so and the first Black woman to do so since 1991. She was named to Fast Company’s “Queer 50” list in 2021.

On May 5, it was announced that she would succeed Jen Psaki as White House Press Secretary on May 13.

Jean-Pierre has worked at the Center for Community and Corporate Ethics.  In December 2018, The Haitian Times named her one of six “Haitian Newsmakers of The Year”.  In May 2022 Forbes described Jean-Pierre as having been a “prominent Democratic activist”.

As of 2020, Jean-Pierre lives in the Washington, D.C. metropolitan area with her partner, CNN correspondent Suzanne Malveaux, and their daughter. She is fluent in English, French, and Haitian Creole.

In an interview regarding her work as an openly gay staffer in the Obama White House, Jean-Pierre said, “What’s been wonderful is that I was not the only; I was one of many. President Obama did not hire LGBT staffers, he hired experienced individuals who happen to be LGBT. Serving and working for President Obama where you can be openly gay has been an amazing honor. It felt incredible to be a part of an administration that prioritizes LGBT issues.”

Jean-Pierre’s first book, Moving Forward, was published in 2019. It is described by WJLA as “part memoir, part call to arms” in which she recounts her personal and professional life and encourages people to become involved in politics.