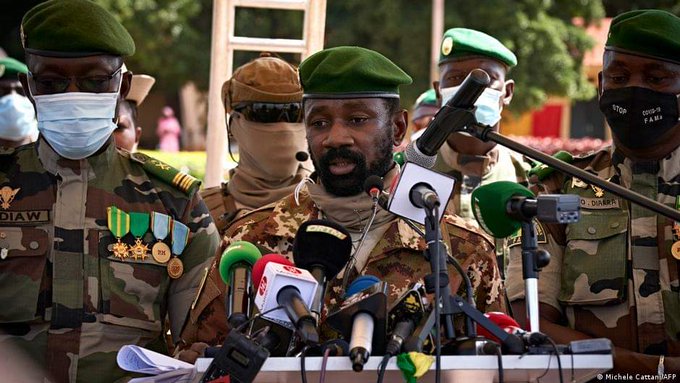 In a letter to the chair of ECOWAS, Ghana’s President Nana Akufo-Addo, the coup leaders have said they can work towards elections within four years.

A transition team led by the military has been ruling the country since then and was given a deadline of February 2022 to hold fresh elections.

The transitional government said the delay in holding elections is due to state of insecurity in Mali, making it impossible to hold elections this year.

Ghana’s President who is chairing a meeting by the ECOWAS leaders in Accra on Sunday said the military leaders have asked for four years now.

A coalition of major political parties in Mali has already released a letter rejecting the earlier five-year plan by the soldiers.

The spokesperson for the coalition, Amadou Koita, said that the grouping is calling on current military leaders to respect the transition charter.


“Those who want to be in power should be candidates and submit to the will of the people. We are a democracy, we are in a country where we have rights, we are a republic. Let’s respect the law,” Koita is quoted by VOA as saying.

ECOWAS leaders are expected to come out from their Sunday meeting with a firm decision on this proposed timetable from Mali’s leaders.

Former Nigerian president Goodluck Jonathan – who heads a delegation of Ecowas mediators in Mali met with Interim President Goita on the issue.

Jonathan had said that an extension to the transitional deadline would not be acceptable.

He will be briefing the ECOWAS leaders to inform their next line of action.

ECOWAS leaders meet in Accra over political situation in Mali

Like it? Share it!
Failing on the basics: Are we able to #BreakTheChain of infection transmission? < Previous
AFCON day 2: Morocco face Ghana while Senegal meet Zimbabwe Next >
Recommended stories you may like: