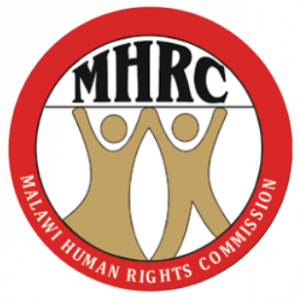 Malawi Network of Religious Leaders Living with or Personally Affected with HIV and AIDS (MANERELW+), this week attacked the Malawi Human Rights Commission (MHRC) for its plan to conduct a national survey on the rights of the Lesbians, Gays, Bisexuals, Transgender, and Intersex (LGBTI).
MHRC two weeks ago announced its intent to ask the public’s views on its plan to implement an inquiry on the rights of the LGBTI in Malawi.

The Commission claimed in a statement it released that on November 7th, 2016, the Malawi Government through the Solicitor General Dr. Janet Banda, SC, wrote to the MHRC office and requested the Commission to hold public inquiries on gay rights.

The findings of the survey are to determine the way forward on how best to tackle the issue of homosexuality, which has been outstanding for a long time both on the local and international scene.

According to Kachepatsonga, the LGBTI community is already marginalized and a minority, hence the survey will be part of violating their rights.

“My organization is not in support of LGBTI in the country. But we are against the survey to be conducted by the MHRC because it is a violation of their rights,” said Kachepatsonga.

Other groups like the Centre for Development of People (CEDEP) and Human Rights Watch (HRW), have also decried the proposed survey.

In a letter HRW wrote the MHRC dated 16th June 2017, and signed by its LGBTI Rights Progamme Director Graeme Reid, argued that LGBTI persons who are already a minority, cannot be subjected to a survey in a country where most people are against them.

Meanwhile, MANERELA has vowed to do everything possible in conjunction with fellow CSO’s to fully protect the rights of LGBTI’s.

Like it? Share it!
DPP offers 20 million kwacha to MCP Nsanje Lalanje candidate to pull out of parliamentary race < Previous
Mchinji man commits suicide after wife denied him conjugal rights Next >
Recommended stories you may like: