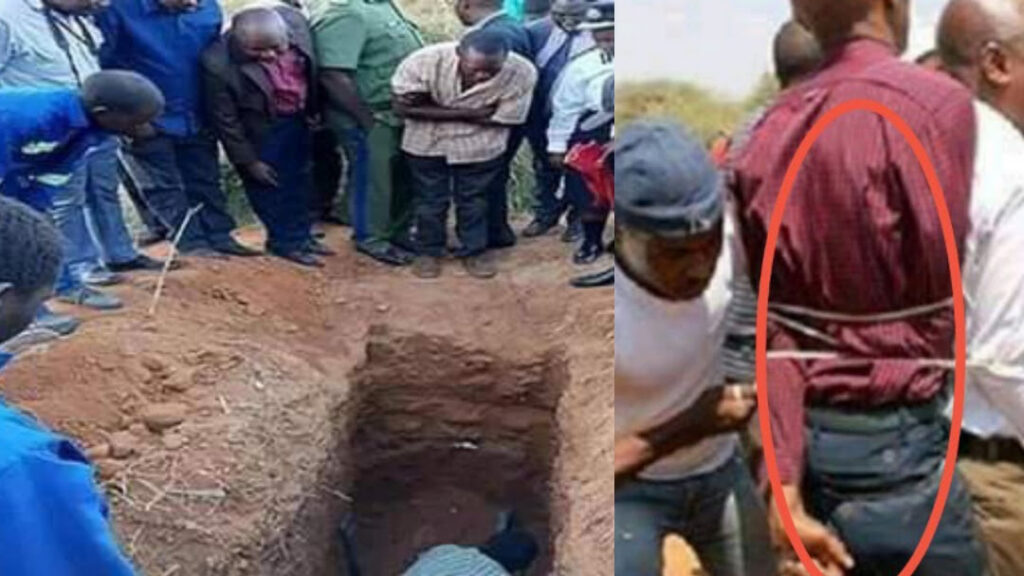 LUSAKA-(MaraviPost)-According to the Bible and historians, it was only Jesus Christ the only son of God who conquered death and rose on the third day.

Many have tried to put their faith to work by emulating the miracle of Jesus Christ by either trying to walk on the sea, heal the sick, open the eyes of the blind, turning water into wine, and praying for the barren to conceive.

It’s however, unheard of for anybody to try and enter the grave whiles giving assurances to his followers to resurrect on the third day.

James Sakala a 22 years old overconfident priest, dressed in pure white gown apparel like the disciples of Jesus Christ with only brown leather slippers on his feet summoned his miracle-seeking congregants to witnessed the second resurrection to ever happen after that of Jesus.

This was around the grave he had dug and in a strange voice as someone possessed by the holy spirit, declared and commanded his followers; “All ye of little faith, bury this Sakala you see now and he shall arise from the dead and breath his free lungs full again!”

Out of reverence for their priest, they were initially reluctant but obeyed by aiding their priest in his quest.

Sakala of Zion Church also a part-time witch doctor wanted to perform the mother of all miracles; resurrecting from the dead in Chidiza a town in Zambia.

When questioned about the motive behind it, Sakala quoted scripture and saying that on the eve of his murder by Roman soldiers, Jesus’ words to his disciples that ‘do ‘this in memory of me’ referred to resurrection and not just imbibing wine and crunching unleavened bread.

The faithful followers and congregation had no option than to scout for shovels, allowed him to lay flat in his ditch and with hymn and dance, shovel upon another covered him in soil.

As the priest lay below the pile of soil, the choir sang their melodious music and dance in expectation of a manifestation of the divine deliverance from God.

However, praise song after another, tongues upon tongues, Sakala was not able to resurrect as he had promised.

All spiritual exercises and efforts made to resurrect him proved futile as the disturbed followers dug up the grave and to their surprise his white gown soiled with mucus, blood and he seemed to have struggled badly, yes he was dead.

Police in the Eastern Province Geza Phiri, police are on a manhunt for the people who participated in the failed resurrection.