HomeOpinionTalking Blues: Easter Reflection - Can our Lazarus rise with the risen...
Opinion

Talking Blues: Easter Reflection – Can our Lazarus rise with the risen Lord? 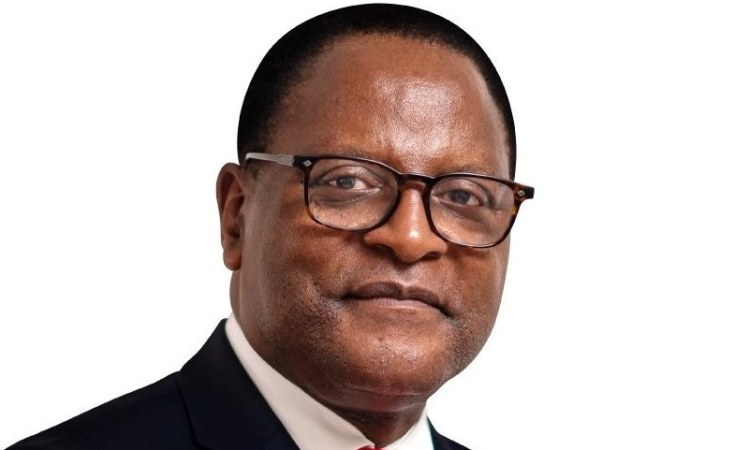 “We in the opposition have previously and tirelessly raised such issues of nauseating corruption by President Peter Mutharika’s administration. He needs to resign and call for early elections.” Pres Lazarus Chakwera in July 2018, serving as Leader of Opposition

The jury is out. The verdict is crystal-clear. And it is as unambiguous as can be. The corruption that President Chakwera was accusing others of is now worse.

This is as per an Afrobarometer Survey Report issued by UNIMA’s Centre for Social Research which says two-thirds of Malawians (66 per cent) say incidences of corruption have increased over the past year. It adds that 58 per cent of ruling MCP, 74 per cent of its partner UTM and 72 per cent of opposition DPP supporters state that corruption has increased.

The report further says 54 per cent of Malawians feel that the fight against corruption is worse under the Tonse Administration than during the DPP’s tenure of office and two thirds (66 per cent) say that the Government is performing ‘fairly badly’ or ‘very badly’ at fighting graft.

According to the report, in what can only be bad news for whistleblowing advocates, almost eight in ten Malawians (78 per cent) fear an increased risk of retaliation should they whistle-blow.

Following the release of this report, in what many are finding a bit rich coming from him, Pres Chakwera said he will not shield anyone engaging in corruption under his watch.

“Afrobarometer was dealing with the people’s perception on the fight we have embarked on against corruption. It is, therefore, not appropriate for us to reject or accept the results because doing so will be closing the gap between perception and reality.”

Kazako asserted that Government was committed to the fight against corruption through support for the Anti-Corruption Bureau (ACB), adding:

“It is during Pres Chakwera’s reign that ACB director General Madam Martha Chizuma got global recognition for her work. This is because of the support she receives from Government to do her work freely and independently”.

He then attempted to propagandise Transparency International (TI) CPI to make his case.

“Malawi climbed 19 places on the 2021 Transparency International Corruption Perception Index (CPI),” while conveniently omitting to mention that Malawi’s ranking on TI’s CPI at 110/180 and a meagre score of 35/100 still categorise us as corrupt.

The Government’s grandstanding notwithstanding, what’s the truth?

In my opinion, the president’s statements in Dowa were an insult to our intelligence.

This dillydallying by a man who had fired Ken Kandodo for getting paid allowances he deserved from the wrong source of funds – something poor Ken couldn’t have known, made no sense because getting arrested on the sort of allegations levied against Msukwa was far more severe and warranted instant action. Yet, arrested on 31 December 2021, Msukwa was only fired on 24 January 2022; after using ministerial muscle and public resources to instigate war against the ACB.

Secondly, concerned with the Attorney General (AG) and Director of Public Prosecution’s hide-and-seek antics against the ACB, the Parliamentary Legal Committee decided to unshackle the ACB via a private member bill. The Committee was stopped and assured that Government would table this bill in this last sitting. Despite the president’s personal assurance, the bill has been ‘killed’.

Why? Because an unshackled Martha Chizuma is a loose canon and the last thing any thief would want.

With all these developments, is anyone surprised that 58% of Chakwera’s own MCP disapprove of his leadership in the fight against corruption?

My advice: the president should just keep trap shut to avoid insulting the intelligence of people already hurting and struggling to swallow the bitter bill of misplaced faith in him.

As to Mr Kazako’s comments, let me start with the “Perceptions vs Reality” reasoning that he pathetically tried to use to water down the survey’s ugly findings.

Firstly, it should concern us all when our leaders rationalise widespread perceptions of corruption by suggesting that these perceptions are far from reality.

Secondly, the minister’s pathetic attempt to split hairs by suggesting that the perceptions are not rooted in reality in a country,

• where the ACB Czarina is under siege by government officials,
• when payments are being made to banned companies, and the AG goes bonkers when the news spill,
• when paupers that couldn’t afford a full tank before elections are buying mansions all over town, and
• where the rich can buy the freedom goat thieves cannot afford to buy,

The perceptions, if anything, are based on the tips of icebergs. We still don’t know the justification behind the irrational fuel importation and other equally dubious tender decisions.

The reality, if truth be told, is probably worse. Much worse.

In Kazako’s place, I would have acknowledged the problem because it is only a person who accepts being sick who seeks help. Steve Young, by the way, argues that perception is reality. If you are perceived to be something, you might as well be because that is the truth in peoples and let me add voters’ minds.

This applies to Pres Chakwera, especially since he has lost, or as some might argue, frustrated God-given chances to resolutely face corruption head-on.

On Mr Kazako’s assertion that Madam Chizuma got a global accolade because of the support she receives from the Government, why do ACB officers spend own money to fight corruption, or why does the ACB ask for adjournments of cases because of lack of funding?

If Madam Chizuma is being supported as the minister would have us believe,

• What is blinding the Attorney General and Director of Public Prosecutions from Section 319A(f) of the Penal Code where any person who engages in deceit to induce another person to do or say something that she or he is lawfully entitled to abstain from doing or saying is supposed to be arrested?
• Why the psychological war on the people’s ACB Czarina?
• Why are all these funny ‘cases’ revolving around that leaked recording focussing only on the victim (Chizuma) and not the perpetrator?
• When will the perpetrator be apprehended?

Is this symptomatic of an ACB Czarina supported by the Chakwera administration, as Kazako would want us to believe?

On the blue lie that Chakwera has not shielded any official from his administration who has been implicated in corrupt activities, Kazako could be right. After all, the dude arrested in the UK and his local accomplice(s) are neither government officials or elected personae.

Given all the above, only irredeemable fools would delude themselves that the prevailing unfavourable corruption perceptions are not worth losing sleep over. Not when a damning 58% of Chakwera’s own MCP are nauseated with corruption in President Chakwera’s administration.

Chakwera can either do the right thing or heed the advice he gave his predecessor, i.e. resign and call for early elections so that next year, around this Easter time, Malawians can have a truly blessed and Happy Easter in a rising and not the sinking Malawi we are currently sailing in.

Can our Lazarus, even with Sister Martha’s prayers for him, arise? Doubtful it stands.