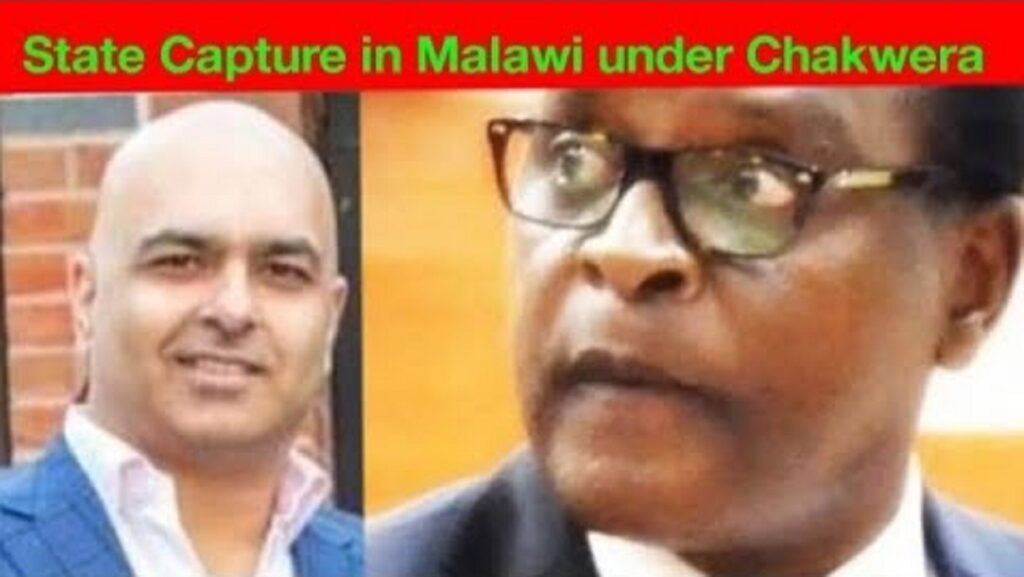 “I am just as frustrated as you are to hear that the British suspect recently visited Malawi and none of the agencies actively investigating him here noticed, thus missing a golden opportunity to make progress on the matter,” President Chakwera, 31 May 2022

In an experiment, five monkeys were placed in a cage. A ladder with some bananas on the top rung was in the middle of the cage.

Every time a monkey tried to climb the ladder; the experimenter sprayed all of the monkeys with icy water for five minutes.

Eventually, each time a monkey started to climb the ladder, the other monkeys angrily pulled him off and beat him up to avoid the icy spray.

Soon, no monkey dared go up the ladder.

The experimenter then substituted one of the monkeys in the cage with a new monkey. The new monkey’s first move was to try to climb the ladder to reach the bananas.

Several beatings later, the new monkey learned the ‘rules’; he never asked nor knew “why” the other monkeys wouldn’t let him go for the bananas as he had never been sprayed with ice water, but he quickly learned that making a dash for the bananas was not good for one’s wellbeing.

Each of the monkeys was gradually substituted for a new monkey until none of the original group remained. Still, every time a new monkey tried to go up the ladder, the rest of the group – even those who had never been sprayed with the icy water – pulled him off.

The experimenter thus concluded that the five monkeys in the cage religiously learned to follow the rule (don’t go for the bananas) without any of them knowing why (we’ll all get sprayed by icy water).

Among the dark spots of our multiparty history is the stretch from May 2009 to April 2012. No one, except the few who were benefiting, looks at this period with nostalgia. Providence cut that painful time short when late President Bingu wa Mutharika suffered a heart attack and transitioned on 5 April 2012, after which President Joyce Banda took over on 7 April 2012.

JB, as she was fondly known, faced a difficult task. Our well-documented poverty was compounded by a political crisis underscored by severe economic setbacks, including chronic fuel shortages and rising food prices.

Soon after taking office, however, she courted back foreign donors and restored hope. Her immediate decisive actions proved effective. In no time at all, donor funding resumed, and Malawi’s economic growth rate more than doubled due to the availability of foreign exchange and fuel and an unprecedented reduction in the blackouts that had characterised DPP’s 2009 to 2012 reign of terror.

It was too good to be true. The bubble burst in September 2013 after Paul Mphwiyo, the then mighty Budget Director in the Ministry of Finance, was shot. Investigations exposed a massive fraud and corruption scandal dubbed “cash-gate” and allegedly involved senior-level government officials.

Barely a month after Mpwhiyo’s shooting, on 10 October 2013, JB dissolved her entire Cabinet reportedly “to ensure that the officials under suspicion did not interfere with the investigation”.

A preliminary report on the scandal indicated that at least US$30 million had been stolen from the government.

The cash-gate scandal and its economic fallout – which included the loss of donor confidence and funding – haunted JB in the May 2014 elections.

While she cited cash-gate as evidence of how she was tough on corruption, the opposition countered that the scandal had occurred during her administration and hence was an indictment of her ability to manage public resources.

Some went further and claimed that she benefited from the misappropriated funds. Peter Mutharika was declared the winner in that election.

Looking at the situation on the ground today, one wonders where that Chakwera went.

In twenty-three months, his government has proved to serve only cronies and relatives; does not inspire but infuriates, and ‘listens’ to public discontent but does absolutely nothing about it.

Let us revisit our genetic cousins from the cage above. If we were to ask the troop of monkeys never sprayed with icy water why they stop new monkeys from climbing the ladder, their answer would probably be:

“I don’t know; that’s how things are done here.”

And folks therein lies our problem.

Look: it is a fact that although Cashgate erupted on JB’s watch, it started during DPP’s time.

A forensic audit by RSM Risk Assurance Services LLP released in June 2016 proved that “Cashgate” existed as early as January 2009.

JB’s failure to clear DPP “rubble” and a foolish, almost wholesale adoption of the Cabinet literally clapping hands while Bingu was going astray blindsided her. Her patchwork government soon reverted to default settings and, like the monkeys in the cage, stuck to “how things are done here.”

And lo and behold, Cashgate exploded and blew a short-lived JB presidency to smithereens! Like the new monkeys in the cage above, JB failed to challenge the status quo and paid the price.

Despite lessons from JB’s experience, introducing a new “monkey” in the cage in July 2020 has followed the same pattern. Allow me to elaborate.

Zuneth Sattar, the “British suspect” whose name President Chakwera couldn’t utter on 31 May 2022, is not new to unsavoury mentions in Corruption and Fraud reports in Malawi. His firms were among the thirteen mentioned in a Forensic Audit covering January 2009 to December 2014.

Cases involving thirteen companies, some linked with Sattar, a.k.a. the British Businessman, were referred to the Anti-Corruption Bureau (ACB) by the Auditor General.

Actions, if any, taken by the ACB are still unclear.

With Sattar’s companies featuring in multiple audit reports, news that Chakwera’s Vice President, his Inspector General and his State House Chief of Staff, among others, have been hobnobbing with Sattar is mind-boggling.

But should it be mind-boggling? No. Not if you consider the monkeys’ experiment.

The problem is that instead of “….and they lived happily ever after”, the Brits have had Sattar on their radar and aided by the inimitable Martha Chizuma, they jump in and the party is over!

Honestly, folks, we can do better than monkeys! By the way, weren’t these villains elected on a promise to change the status quo?

You know what, you thieving low-lives? On the day the monkey is destined to die, all the trees get slippery.

We will see you in jail!