You are here: Home » Opinion » Again, Justice Is Mindlessly Hacked In Anambra State, By Francis Ogboona

Ascribe it to the seeming enduring dysfunctionality of the society.  Call it unbridled impetuosity. Put it down to the cyclic idiocy that preponderates ominously whenever self-aggrandizement takes the centre stage.

Whatever you elect to say, there is no denying the fact that, there has been a sacrilege in the judicial temple in Anambra State. I mean, justice has been despoiled by no other person than the very priest of the temple, Justice A. O. Nwabunike, of High Court 5, Awka. 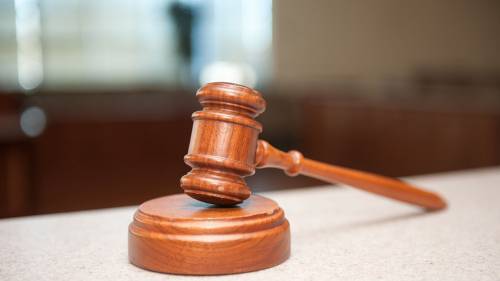 The (dis)honourable judge, having given judgment in Suit No. A/230/2021: Between Senator Ugochukwu Uba V. PDP & 2 Ors, wherein he restrained INEC from recognising Mr. Valentine Ozigbo, as the duly elected Gubernatorial Candidate of the Peoples Democratic Party (PDP) for the 6th November, 2021, Governorship election in Anambra State, proceeded to deny the said Valentine and PDP access to the Court’s record for transmission of the records of Appeal. Meanwhile, throughout the course of the court’s sittings to judgment, Mr. Valentine Ozigbo and PDP, both principal parties in the suit were not served Hearing Notices. Sneaky, is it not?

Sadly, whilst the resolute ignominy persists, time within which Mr. Ozigbo and PDP would compile and transmit the record of appeal is running out. Does anyone require the binoculars of those with the gift of clairvoyance to see through the well-rehearsed judicial treachery? Should there not be a time when every man who takes a stand on high moral principles summon the will to ward off all semblance of evil when his faith in, and knowledge of those principles are tested to the uttermost? Is life itself not full of fiery trials? But did the Maker of Man not imbue him with the divinity to resist evil? What exactly has befallen Justice Nwabunike? Are his moral principles that susceptible to the promptings of the flesh so much that he has got no strength to live as man of truth, and join the company of the free? Shall he remain a slave and a hireling to the cruel taskmasters?

For whatever it is worth, this apparent travesty of justice reinforces Thomas Hobbe’s uncharitable characterization of man in pre-civilization state where life was short, brutish, unpredictable, and survival determined by brute force.  Speaking of unpredictability, was it not Justice Oliver Wendell Holmes, a foremost American legal realist who opined that: ‘the prophesies of what the courts would do in fact, and nothing more pretentious’ is what the law is? Has Justice A. O. Nwabunike, of High Court 5, Awka, Anambra State, by his dubious conducts and rascally disposition not validated Holme’s postulation? Yes indeed, he has. For the Court has prophesied, though not according to rule books but in obedience to the whims and caprices of the unholy priest at the temple of justice!

But make no mistake about it, history tells us that Karma always doles out to everyman rewards that approximate to their deeds. If you cannot relate with this, may be your memory would be helped if you refresh yourself with the infamous cases of Justice Wilson Egbo-Egbo, Justice Stanley Nnaji, Justice Chuka Okoli among others, all judges that were sacked because they were financially induced to pervert the course of justice. Is this not the same path Justice Nwabunike is adamantly threading on? Shall he re-trace his steps before sunset? For, strong indeed and pure must be the man who would emerge victorious out of such a trial. But he who does so, enters at once a higher realm of life, where his spiritual eyes are opened to see beautiful things, and then poverty and ruin which seemed inevitable do not come, but a more abiding success comes, and a peaceful heart and quiet conscience. But he who fails does not obtain the promised prosperity and his heart is restless and his conscience troubled.

The right-doer cannot ultimately fail. And, the wrong-doer cannot ultimately succeed. Such is the law which none at least can turn aside or stray. And – it is because justice is at the heart of things – because the Great Law is good – that the man of integrity is superior to fear, and failure, and poverty, and shame, and disgrace.

To be forewarned, is to be forearmed.

Like it? Share it!
Zambia after the 2021 General Elections < Previous
The Cruel And Savage Genocide Of The Buhari-Osinbajo Regime Must Be Stopped! By Ndidi Uwechue Next >
Recommended stories you may like: