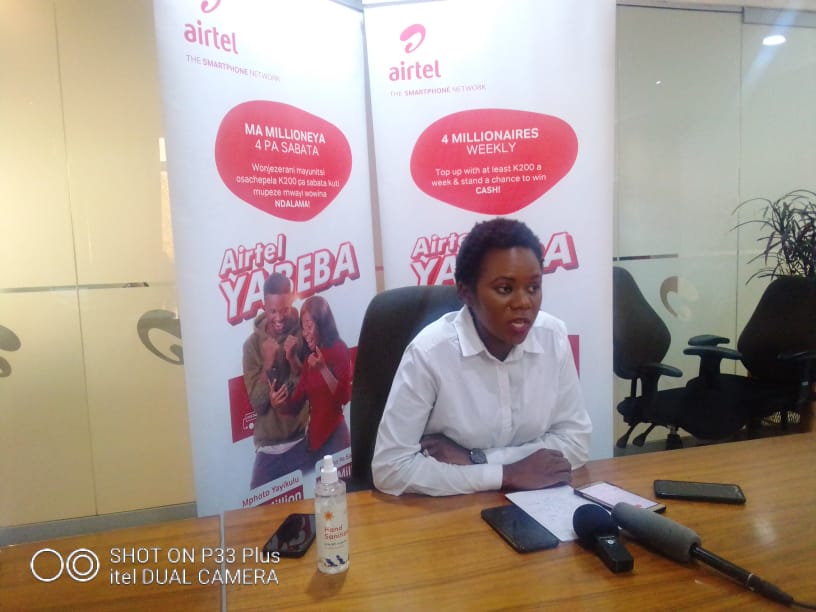 LILONGWE-(MaraviPost)-The on going Airtel Yababa promotion which rolled out on May 12, 2021 has managed to attract 500,000 new subscribers into the network.

The company’s Acting Marketing Director Thokozani Sande disclosed the development during the 12th weekly draw of the Promotion on Tuesday, August 10, 2021.

“As Airtel we keep on pushing towards connecting more Malawians. In this promotion, we have seen more than 500,000 customers joining our network since we launched,” said Sande.

During this week draw which the last one before the grand finally four again became millionaires after emerged winners with MK1 million each.

The winners including Mzuzu based fish seller Ali Mdala and cross border trader Chifundo Moyenda, Dedza based student Chifundo Gondwe aged 22, at a Teacher Training College and she said she will use the money for school fees and Petros Miliyasi from Ntchisi who does piecework to earn a living.

However, Miliyasi expressed delight at the win, saying he will use some of the money to build a house.

Since the promotion inspection, 48 people from over 22 districts across Malawi have won MK1 million each and 3,000 customers have won MK10,000 each.