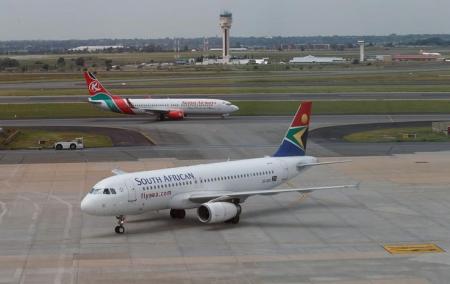 The European Union has announced the lifting of suspension on flights to and from Southern Africa, a restriction that was put in place amid the outbreak of the omicron variant.

When the restriction was imposed last year, the African Union and United Nations strongly criticized it.

Th French presidency of the EU however said on Monday that after a meeting of the bloc’s Integrated Political Crisis Response (IPCR) team, member countries decided to end the ban.

🔴🇪🇺 Member States have agreed this morning at IPCR meeting to lift the emergency break to allow air travel to resume with southern African countries. (…) 1/2 ⤵️

It said there had been agreement among member states “to lift the emergency brake in place to allow air traffic with southern African countries to resume.”

The EU decided to end the restriction over the mutated omicron variant which was first detected in Southern Africa. This variant is now dominant in several EU countries.


South Africa, Mozambique and Malawi are amongst the eight countries that were allowed to resume travels to the US from the start of the New Year.

Like it? Share it!
Police and Investigating Witch-bloodletting in Ebonyi State < Previous
Voodoo worshippers gather in Benin to pay their respects Next >
Recommended stories you may like:

Ukraine: Heading into winter without heat or water, needs in Mykolaiv are ‘critical’

Resurgent interest in art of calligraphy in Morocco