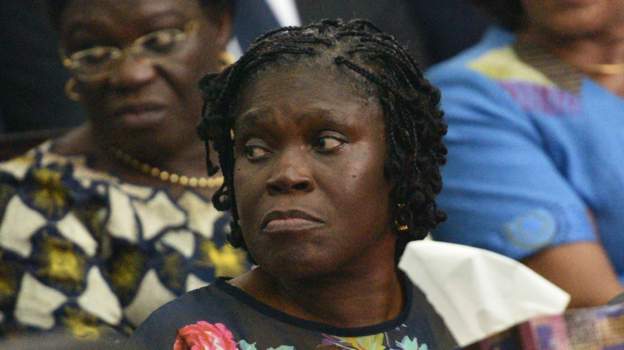 The court had issued the arrest warrant against Simone Gbagbo who was facing accusations of crimes against humanity, but Ivory Coast refused to extradite her to the Hague.

Those crimes were allegedly committed during the country’s 2010-2011 post-election crisis after her husband, former President Laurent Gbagbo refused to hand over power to current president Alassane Ouattara.

The ICC said “the evidence on which the arrest warrant for Simone Gbagbo was based could no longer be considered sufficient. This warrant, therefore deemed inappropriate, ceases to take effect”.

Simone Gbagbo was released from prison in 2018 after she benefited from an amnesty granted by President Ouattara.

She was serving a 20-year prison term for undermining state security at the time after she was convicted of offences against the state during the brief 2011 civil war.

Her 2017 acquittal was overturned by the country’s Supreme Court and had her cleared of crimes against humanity by an Ivorian Court.

Ex-president Laurent Gbagbo who has already filed for divorce from Simone was also cleared of all charges of crimes against humanity this year, allowing him to return to Ivory Coast last month.

The former president and President Ouattara also held a historic meeting for the first time in a decade on Tuesday.