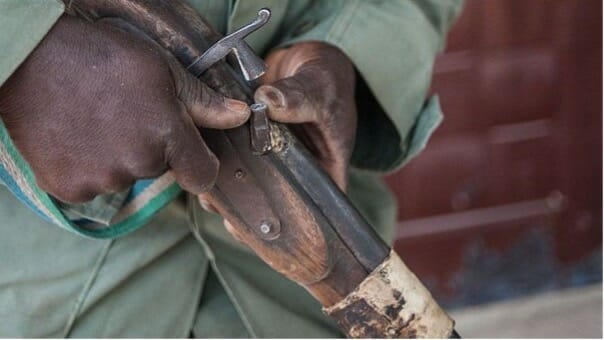 A 12-year-old boy in Nigeria’s Kwara state has been killed by his brother while testing a newly bought “bullet-proof” charm on him.

Police in the state told reporters the deceased and his brother believed they had “fortified themselves with the protective charm.”

Abubakar Abubakar shot at his younger brother Yusuf, using their father’s rifle. He fled into the bushes and police officers are now looking for him.

Yusuf Abubakar is said to have died on the spot after the shooting incident.

Police aren’t able to provide details as to why the two brothers went in for the bullet proof charm protection.

The two brothers were the sons of a hunter.

Charms are used by some in parts of Africa including Nigeria as a form of protection against bad luck.

There have been several reports of people being killed after testing “bullet-proof” charms and medicines.

Like it? Share it!
Morocco issues first cannabis production permits to farmers < Previous
Torture is ‘widespread’ and likely underestimated in DR Congo: UN report Next >
Recommended stories you may like: