You are here: Home » Entertainment » SOMEBODY CARE MINISTRIES PARTNERS SKEFFA TO INSPIRE THE YOUTH IN LILONGWE

SOMEBODY CARE MINISTRIES PARTNERS SKEFFA TO INSPIRE THE YOUTH IN LILONGWE 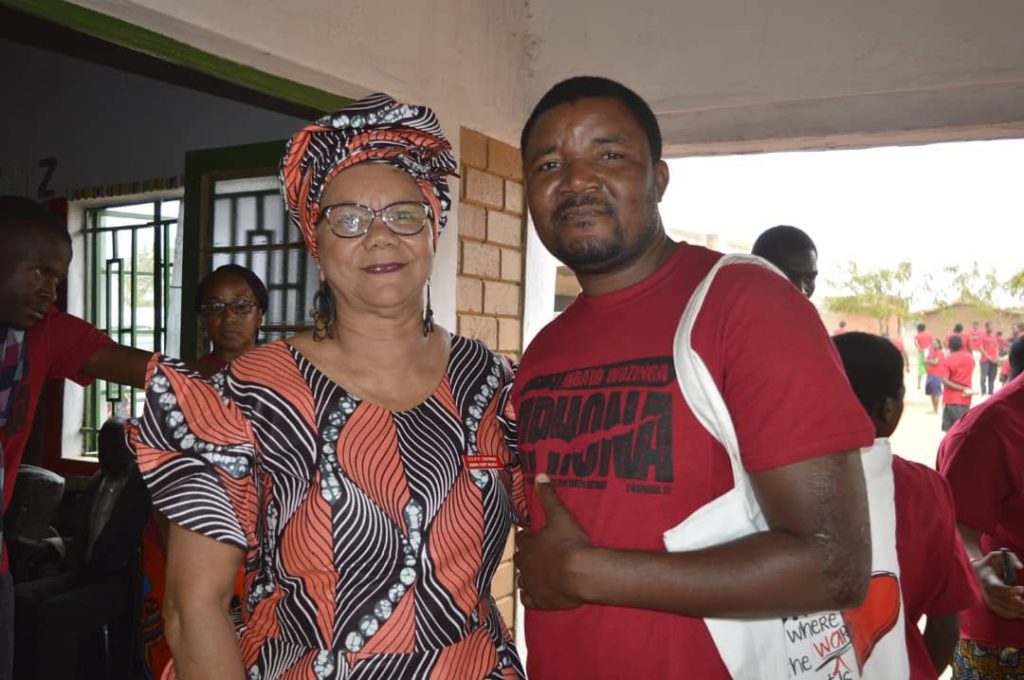 A renowned musician Skeffa Chimoto on Wednesday took time off the musical stage to inspire young people from five Traditional Authorities (T/As) in Lilongwe upon completion of their mentorship program, courtesy of Somebody cares ministry.

“I have come with a message for you that life is possible. When you see me, know that you are seeing a living testimony, God has helped me to move from aspiring to inspiring, the same can happen to you” He said.

Skeffa Chimoto who moved from being a caps vendor in Lilongwe to a celebrated musician and now penetrating the transporting business attributed his success to fearing God, hardworking, discipline and determination.

Somebody cares ministry founder Thereza Malila said, Skeffa was identified upon hearing his success in music and also considering his background which was largely characterized by abject poverty.

“Skeffa has proved that believing in God, knowing one’s gift,  hard work and discipline could propel one to great heights” she said.

Malila said there is need to restore hope in the youth who most of them are frustrated and hopeless due to the many challenging situations like unemployment and others they are faced with every day.

“The youth are a force that the country needs to rely on if meaningful transformation is to be realized, they are strong, health and change agents for the homes, societies and even the whole nation. What we are doing is to pass on the button to make sure we raise a generation that will develop this land” She said.

Taking his turn, one of the participant Edward Phiri expressed gratitude to the ministry for imparting them with knowledge which he said will go a long way in transforming them and even the societies which they are coming from.

Phiri also advised fellow youth to desist from any kind of immoral behavior that may ruin their future and make them shift from God.

The mentorship program was taking place in Kalimbira in the area of T/A Kabudula.

Somebody Cares ministries was established two decades ago with an aim of empowering the youth, helping the elderly, ending early marriages and gender based violence. The organisation is operational in five T/As in Lilongwe which includes Njewa, Chitukula, Mtema, Kalolo and Kabudula.